2020: trends on the Warsaw housing market 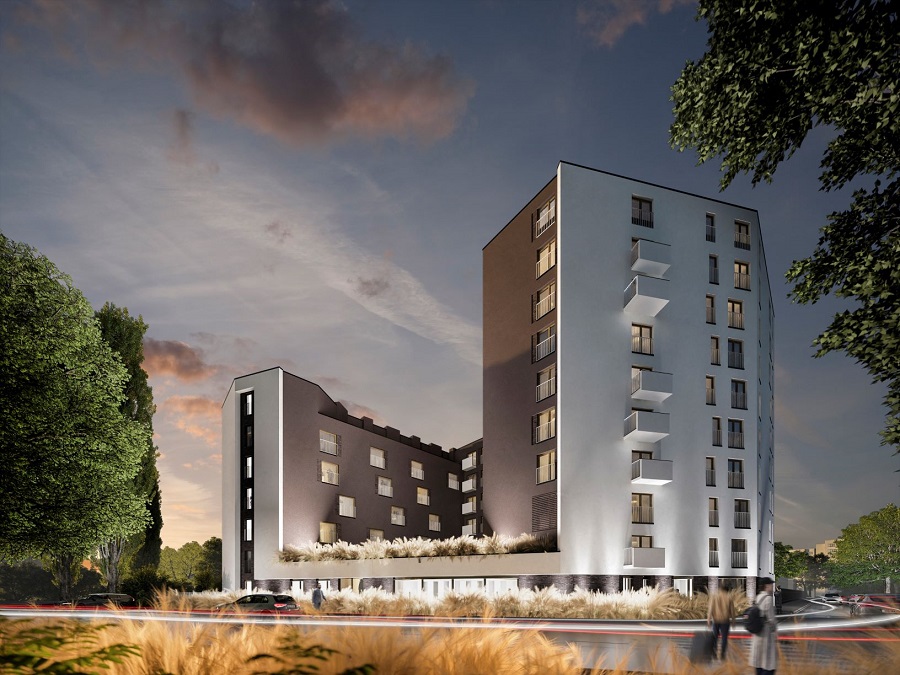 – real estate investment purchases related to the relocation of Poles’ savings and securing them against inflation and low interest on bank deposits. Premium and investment apartments in locations with high growth potential are particularly popular, such as Praga in Warsaw, which can be used for own needs, sold or rented in the future,

– a gigantic increase in interest in apartments and houses on the well-connected outskirts of Warsaw, where there is a good infrastructure and for the price of a cramped apartment in the center, where you can buy a large comfortable apartment with a balcony or a garden.

What was the behavior of consumers on the Warsaw market this year?

First of all – relocation of savings

Low interest rates made it difficult for financial institutions to offer attractive deposit products. Since February alone, Poles withdrew more than PLN 64bn from banks, and this is – according to the NBP – more than 1/5 of all funds accumulated on term deposits. All because of the deteriorating investment conditions. Losing 3% annual capital value at compound interest meant our savings would be halved in just 15 years. Therefore, this year is a record year for investing capital in real estate. Financial experts believe that real estate is still a good capital investment. Real estate accounts for more than half of the wealth of global millionaires, according to a report by Knight Frank.

– Moreover, the share of real estate in portfolios has grown the most in the last year, because wealthy people were preparing for the upcoming economic turmoil, even though no one could expect a pandemic to break out – emphasizes Bartosz Turek, an analyst at HRE Investments.

The interest concerns mainly apartments still under construction, which will be ready in 2022. Due to the fact that housing prices are not falling – especially in an environment of rising inflation and with low interest rates – it will always be possible to sell them more expensive, rent them or use them for living . Interestingly, bonds issued in 2020 by developer companies, the public issues of which are breaking sales records, turned out to be equally successful.

In Q3 alone, in this way, about half a billion PLN were obtained for future investments. Next year, one should not expect an increase in interest rates on bank deposits, because interest rates should remain at the current, record low level. As estimated by JLL Polska, until 2018 the purchases of flats by the funds did not exceed € 150m each year, and in 2019 they would exceed the ceiling of € 250m, and including transactions on the student housing market – over € 350m.

According to JLL analysts, between July and September, developers sold a total of 13.3 thousand units, which was almost twice as many as in the previous quarter including the lockdown. The stabilization in the industry is confirmed by sales data for the third quarter previously published by leading developers. 16 development companies listed on the Warsaw Stock Exchange sold together almost 6 thousand flats, which is only 2.4% worse than a year ago. Players from outside the Warsaw Stock Exchange were also doing very well. Some, after adding up the results from 9 months, are positive compared to the previous year. For example, the Murapol Group, which increased last year’s result by 12.5%.

On the other hand, the survey conducted among users of the Morizon.pl website shows that there are still more and more people who are just starting their search for real estate. The percentage of people who initiated this process in October was as high as 57%. This is 3 percentage points more than in March – the time of the arrival of the first coronavirus wave. In the same period, the percentage of people who are looking for the best property for themselves for more than six months increased – in March it was 24% of the total number of seekers, and in October it was already 27%.

Covid-19 did not cause price reductions on the primary market, on the contrary, further increases are expected. According to Emmerson Evaluation, flats in Warsaw alone have increased by 15.7% in the last two years and nothing indicates a change. Average price per square meter premises in the capital’s primary market in the first half of the year reached a record PLN 10,700, which is 5.6% more than at the end of 2019.

Investments in the city center

The stabilization in the industry is confirmed by sales data for the third quarter previously published by leading developers. 16 development companies listed on the Warsaw Stock Exchange sold together almost 6,000 flats, which is only 2.4% worse than a year ago. Players from outside the Warsaw Stock Exchange were also doing very well. Some, after adding up the results from 9 months, are positive compared to the previous year. For example, the Murapol Group, which increased last year’s result by 12.5%.

However, the most attractive in this investment segment are land, premium class facilities and small apartments in future-oriented development locations, such as Praga or Powiśle in Warsaw. This is confirmed by the sales successes of investments of such companies as: Atal, Mostostal, Marvipol, Skanska, Kreator Dom Invest or Nexity Polska.

– We note good sales and great interest in the Bliska Residence investment in Warsaw’s Praga district, which has 196 air-conditioned apartments with areas of 20 and 35 m2. This only confirms how well thought-out investments in a good neighborhood sell and how much interest is there from investors looking for an attractive form of investing capital in premises for rent. The other half of buyers are looking for more attractive flats to use for their own needs, e.g. to give them to children or resell them in the future, protecting their savings against inflation – says Klaudia Siarkiewicz, CEO of Kreator Dom Invest.

According to the Polish Association of Developers, the biggest, positive surprise in the data for 2020 is the fact that developers have started the construction of virtually the same number of apartments as in 2019 (an increase by 1.3%). Most of the transactions in this segment are carried out for the so-called “cash” where clients do not require credit support from banks. Here you can clearly see investors looking for a safe alternative to investing in savings.

Housing boom on the outskirts of Warsaw

Purchase rates also show another very important trend – more and more families are looking for larger areas for themselves in green spaces with a garden or balcony, at the price of a cramped apartment in the center. The pandemic has changed housing preferences, and specialized developers know how to get the most out of a location, leaving at their disposal a larger and more secluded space that gives a sense of privacy.

In the era of a pandemic, the house has become not only a shelter, but also often an office, school, playground, restaurant or a place for sports and relaxation. We spend more time in our apartments, which is why their condition and adaptation to the needs have become extremely important – confirms the latest report entitled “Apartments at the wall” prepared by the Kingfisher Group and Castorama Polska.

The Covid-19 pandemic has definitely worsened the subjective assessment of housing conditions by Poles – currently 32% of respondents claim that it has become even more important for them. Respondents cited the most common problem that the coronavirus epidemic “worsened”: overcrowded apartments (58% of respondents). – Lockdown showed us how what we basically accept on a daily basis can become a serious problem during forced confinement at home – informs Paweł Świętochowski, president of the Castorama Foundation.

On the other hand, the analysis of the Morizon.pl website shows that in the third quarter of the year, purchasing customers intensified their searches, trying to make up for lost time due to the lockdown introduced in Poland. In September, the total number of inquiries about offers for the sale of apartments, houses and plots was only 2% lower than in the very good September last year.

Apart from the location, the buildings are also important. Currently, intimate estates with several-story modern buildings with natural raw materials on the facades, including neat and tidy greenery on the patio are popular. Common space is a very important element as it provides recreation opportunities for both adults and children, while increasing safety. Home gardens and balconies have become extremely appreciated by customers. In fact, every square meter that we can freely use outside, while remaining at home, is becoming more and more important.

– Such an investment is, for example, the Garden Park estate, we have sold stages III and IV, and we will start selling stage 5 of the investment at any moment. We also recorded good results for Zielonek Residence and Osiedle Legendy. This is a good investment for the future, because real estate prices are resistant to inflation, and the growing demand for such locations increases the value of the premises, especially in the infrastructurally developing commune. We clearly see an increase in interest in this type of apartments – explains Klaudia Siarkiewicz, CEO of Kreator Dom Invest, which is the leader of investments in the western part of Warsaw. The developer, known for its good quality, has already built over 93,000 sq m and has sold approx. 800 apartments and segments in Warsaw.

Now that basically every family is motorized, they no longer have to worry about the new home being in the city center. “Green colonies” have a very well-developed communication, commercial and service infrastructure, as well as access to kindergartens, schools and nurseries, thus ensuring full comfort for new residents, as for example in the case of investments carried out in Warsaw West.

This is also confirmed by HRE Investment’s research – from the beginning of April to 5 May this year, interest in apartments with a balcony, based on data from one of the popular websites, increased by 19 percent, with a garden by 60 percent, and with a terrace by as much as 63 percent. compared to March of the same year. The area of ​​the premises is also important – during a pandemic we spend much more time in it, so we want it to be more spacious.

In recent months, the issue of security during purchasing transactions has turned out to be equally important. The main goal of the developers was to introduce appropriate procedures for both customers and employees to ensure the continuity of services with full compliance with precautionary measures. Safe real estate transactions have become a priority for all companies, many of which have become signatories of the COVID-19 Safety Charter.

Central Poland – the most active zone of the warehouse market