CBRE: The three largest transactions on the office market in Poland 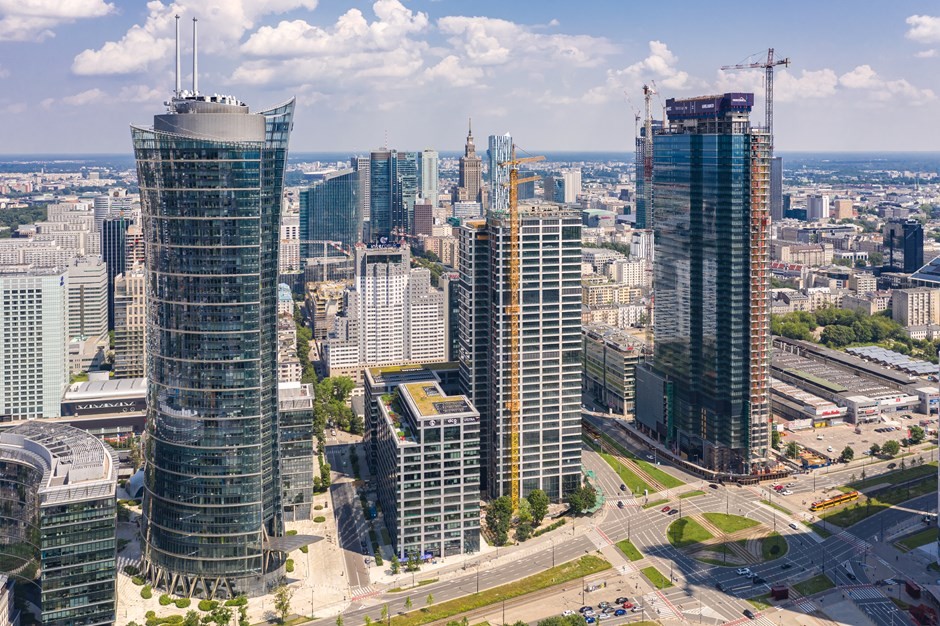 In less than a year, the three largest office space lease transactions took place on the Warsaw office market. Less than a year ago, the mBank group leased 45.6 thousand sqm in the Mennica Legacy Tower complex, which at that time was a record nationwide. Just two months later another record transaction was announced – Orange Poland extended the lease agreement for 44.8 thousand. sqm. office space in the Miasteczko Orange complex. Now the PZU Group has decided to move its headquarters to the new Generation Park Y office building, renting 47,000 sqm. CBRE advised on 2 of the 3 largest transactions on the Polish real estate market.

In Warsaw alone, over 800,000 sgm of office space are under implementation  within over 30 projects. By the end of the year, more than 400,000 sqm of these projects are expected to be delivered to the market. Tenant activity in the first three months of the year was 139,000. sqm, which is the same as last year. Among the registered transactions, the most were new contracts (55% including pre-let contracts) and renegotiations (31%). Space expansions accounted for 14% of demand.

The international consulting company CBRE advised the largest insurance company in Poland – the PZU Group in the process of selecting a building and negotiating lease for the company’s headquarters in Warsaw. PZU’s new office in the Generation Park Y complex at Daszyński Roundabout in the capital will occupy 47,000 sqm on 31 floors. The contract was signed for 10 years.
Skanska Generation Park Y is being built at Daszyński Roundabout 4, next to the station of the second line of the Warsaw subway. Tenants will have at their disposal 323 parking spaces for cars and 209 for bicycles, restaurant gardens and cafes, as well as public recreation facilities between the buildings.

In July last year, mBank Group decided to transfer over 3,000 employees from the company’s headquarters at Senatorska St. and other capital branches to the Mennica Legacy Tower in Warsaw..
Mennica Legacy Tower is an investment of Golub GetHouse and Mennica Polska. The complex consisting of a 130-meter tower and an adjacent 36-meter building was built at the intersection of Prosta and Żelazna Streets.

The Orange Town has been Orange’s showpiece for 7 years, the workplace of the most important structures and a friendly work environment for almost 4,000 people. Opened for use in 2013. Miasteczko is an A + class office building, designed by Stanisław Fiszer. The complex takes into account the requirements of energy saving, lighting, water and the development of green areas. Consists
out of five six-story buildings, which in total have 44.8 thousand. sqm. usable area. The underground car park accommodates 1050 cars and 120 bicycles. Employees have at their disposal a canteen, grocery store, kiosk, cafe, car wash and a tree-lined garden.
CBRE advised the PZU Group and Orange in the process of selecting the location, thus participating in 2 of the 3 largest contracts on the office real estate market in Poland.

Tomasz Seremet new member of the Management Board of Pekabex

Tomasz Seremet new member of the Management Board of Pekabex