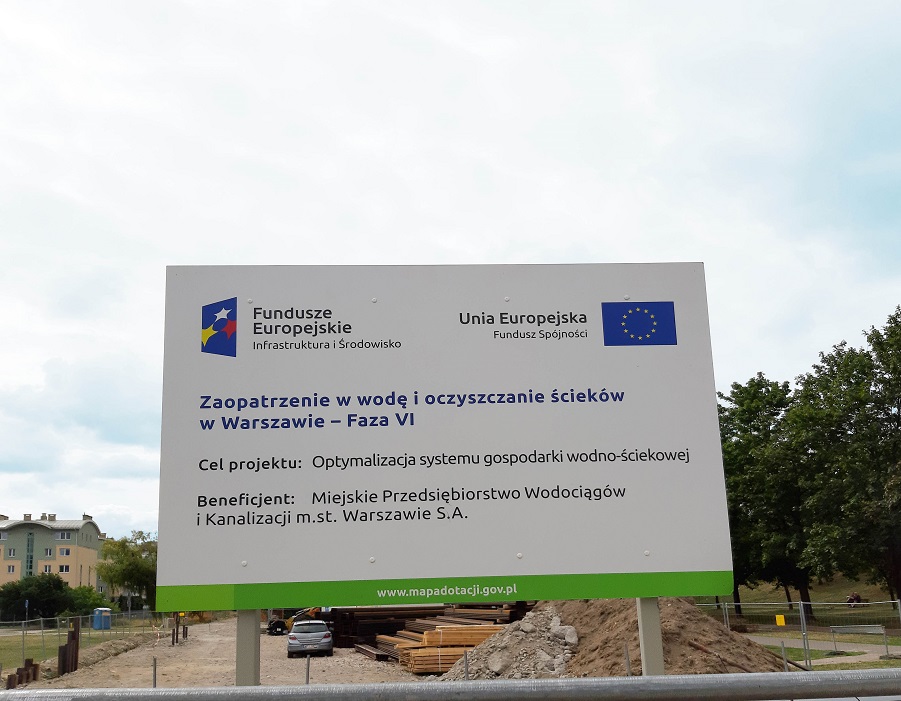 The contract for the investment was signed in December 2018 between Miejskie Przedsiębiorstwo Wodociągów i Kanalizacji in the capital city of Warsaw and IDS-BUD S.A., acting as the general contractor. After successfully passing the tests and acceptance procedures, all facilities were handed over to the investor for operation, thanks to which the waste flowing to the sewage pumping station in Ochota can be directed to the new sewer.

– Construction of environmental protection facilities is an extremely important investment for local governments and local communities, requiring extensive experience in execution and engineering. In carrying out this investment, we focused on a partnership relationship with the investor, thanks to which the works ran smoothly, with as little traffic disruptions as possible and minimized interference with the urban nature. We are glad that the infrastructure has been handed over to Miejskie Przedsiębiorstwo Wodociągów i Kanalizacji in the capital city of Warsaw and will serve the inhabitants of the capital, contributing to more effective environmental protection – said Andrzej Napierski, president of IDS-BUD S.A.

Under the contract, a new 450-meter-long sewer with a diameter of 1.2 m was built along the section from the existing sewer at Bohaterow Wrzesnia St. (at the intersection with Dickensa St.) to Korotynskiego St. In addition, the contract included the construction of an over 400-meter section of a combined sewer with a diameter of 1.2 m in Korotynskiego St. on the section from the newly created western collector to Grojecka St. The infrastructure takeover certificate was issued in September 2020. The project value was PLN 14.6m  net.

– The challenge in building the collector in Szczesliwce was, among others structure and nature of this area. The works were carried out in the immediate vicinity of the key communication and recreational infrastructure facilities in this part of Warsaw, which required the use of specialized equipment. Moreover, the route of the collector runs through the ground, which required adequate protection to ensure the strength and stability of the channel. It was founded on a reinforced concrete slab supported on concrete CMC columns, which allowed to transfer the loads related to the construction of the collector to the weakly bearing parts of the soil, located directly under the channel – explained Marcin Idzik, president of DIM Construction.