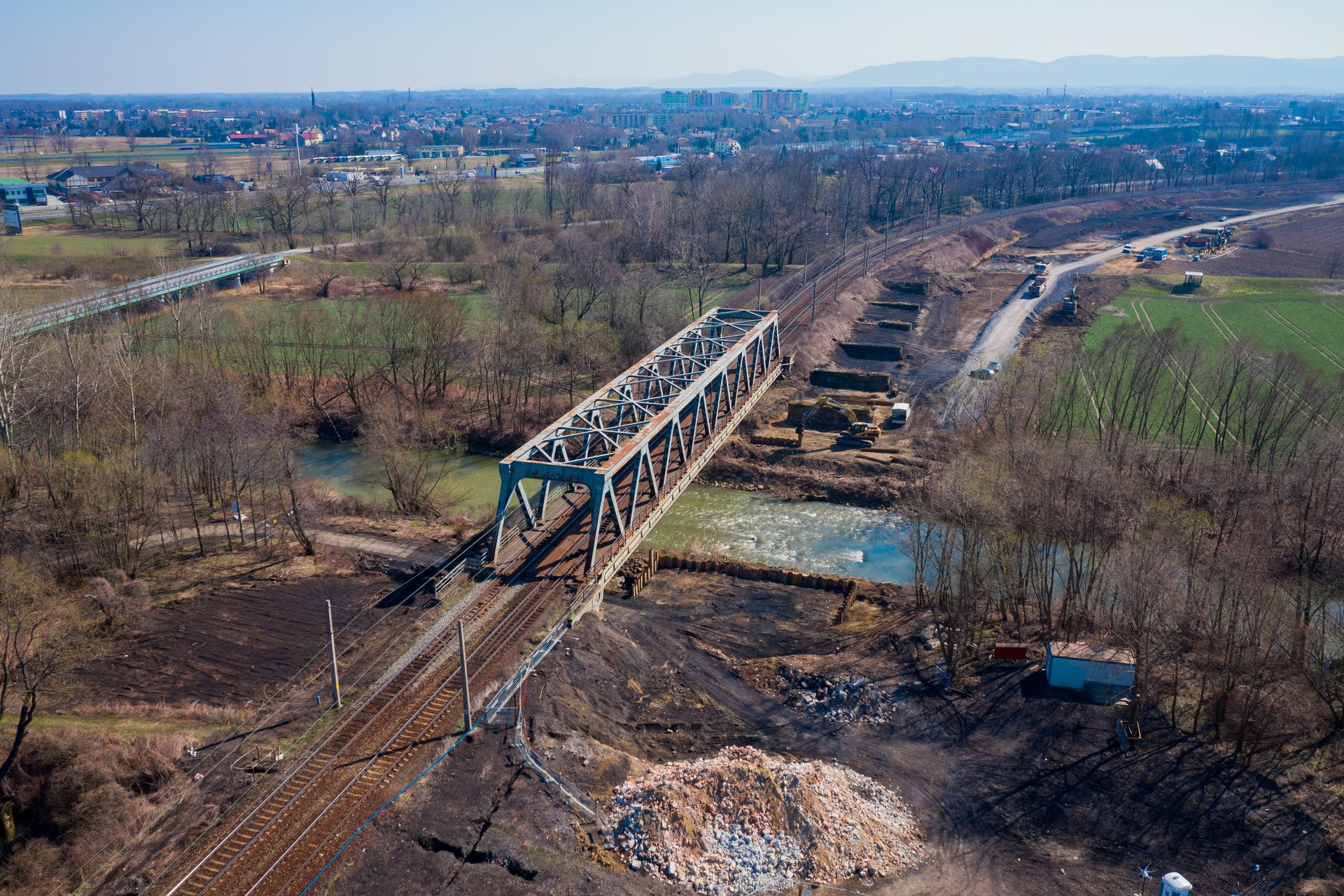 Work has begun on the Czechowice-Dziedzice – Zabrze route, among others. Work is also underway on bridges over the Vistula and Mlynowka rivers. This is the first stage of the reconstruction of the railway junction in Czechowice-Dziedzice, which is being implemented by PKP Polskie Linie Kolejowe S.A. for PLN 1.4 billion. The investment is co-financed by the EU from the CEF “Connecting Europe” Facility. There will be efficient train journeys to the Vistula Głębce and to the border with the Czech Republic.

The first works include bridges. Works on the 150-metre long bridge over the Vistula can already be seen. The new facility will replace the nearby bridge, creating a connection between Czechowice-Dziedzice station and Goczałkowice Zdrój stop. The new railway crossing will provide safe transport for the residents of the region and transport of goods. In addition, thanks to the restoration of the original location of the bridge, the curve of the tracks will be eliminated, which will allow to increase the speed of trains. As part of the investment, a special protection of the existing embankment over the Młynówka Komorowicka River has already been created, and currently works are being carried out on driving piles supporting the future bridge construction. Also two new bridges will be built over the Iłownica River.

What will happen in Czechowice-Dziedzice

In Czechowice-Dziedzice all platforms will be adapted to the needs of people with reduced mobility. This will be facilitated by lifts and ramps. Information boards in Braille will be available for the visually impaired and the blind. As part of the works carried out, the platforms will be equipped with modern elements of visual information such as information boards, showcases. There will be new sheds and benches. Monitoring will be provided to increase security.

More efficient journeys from Katowice to Zebrzydowice and Wisła Głębce

Trains on the route from Katowice to Zebrzydowice and Wisła Głębce will go more efficiently, even at speeds of up to 160 km/h and freight trains up to 120 km/h. The project provides for the replacement of almost 47 km of tracks and 56 km of overhead line. The replacement of 122 crossings will ensure a smooth passage of trains through the station and stops. Thanks to the investment, the capacity of railway routes will be improved and the efficiency of use of the Czechowice-Dziedzice junction will be increased, while the new railway traffic control equipment will ensure a higher level of safety. The increase in the safety of passenger and cargo transport will be positively influenced by the reconstruction of 3 rail-road crossings.

The value of the works is PLN 1.4 billion. The project “Works on basic passenger routes (E30 and E65) in the area of Silesia, Stage I: line E65 on the section Będzin – Katowice – Tychy – Czechowice-Dziedzice – Zebrzydowice: LOT C on the section under the Vistula Bridge – Czechowice – Dziedzice – Zabrze Bridge” is co-financed by the European Union from the CEF “Connecting Europe” Instrument. The works should be completed by October 2023. The contractor is Budimex Budownictwo Sp. z o.o.

Change in HOCHTIEF Polska Management Board

KGHM is building the first photovoltaic power plant in the 4.0 technology in Poland