Investments in the infrastructure of the Tauron Group in Kraków 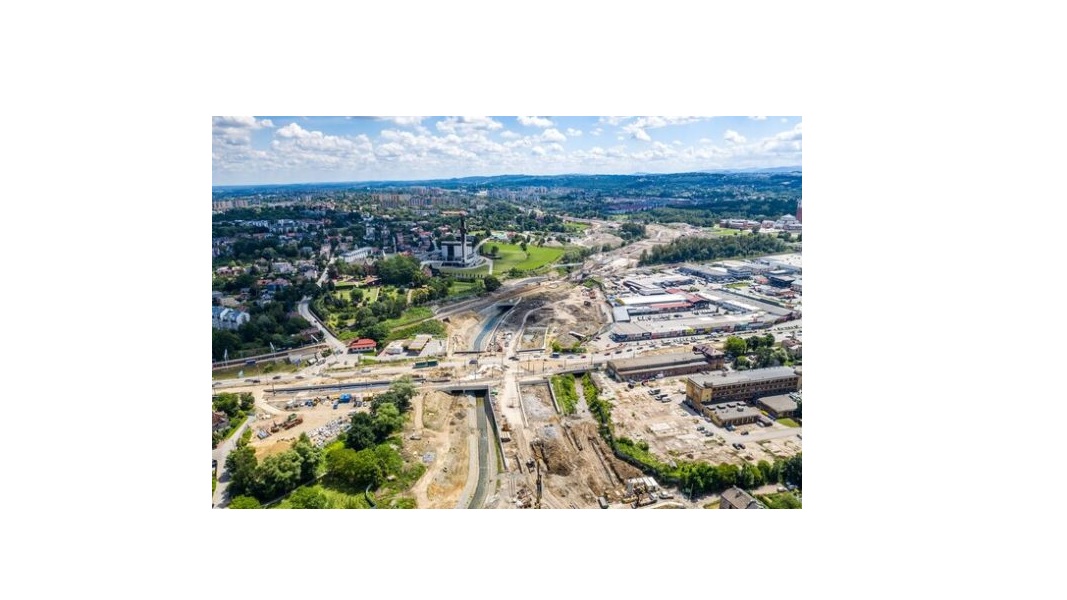 About PLN 40m of budgeted funds, ensuring energy supplies and development of infrastructure for the needs of the newly established Łagiewnicka Route. This is what the package of tasks, spread over five years, is now carried out by TAURON Dystrybucja with the largest transport investment in Krakow, which is currently underway.

The main scope of works carried out by TAURON covers the provision of primary and backup power supply to the facilities of the Łagiewnicka Route. The first stage of works is the construction of six basic power supply connections for the tunnel facilities, one connection for the traction substation and six connections for the tunnel backup power supply.
In addition, in the field of energy works, it is necessary to complete about 30 smaller connection contracts related to the power supply of devices such as road lighting cabinets, traffic lights, automatic machines of Krakow City Transport and MPWiK S.A. siphons.
The first stage of works should be completed by the end of March 2021, while a temporary change of the MV grid configuration (medium voltage) is to take place by June 30, 2021 in order to provide full power to the facilities of the Route. It will include, inter alia, increasing the power from 1,000 kW to the target 2,000 kW at the connection of the traction substation.

– With such a complex investment task, the deadlines for the implementation of tasks on the part of the energy sector depend on the progress of works of the general contractor of earth and road works – said Robert Zasina, President of TAURON Dystrybucja. – Along with the progress of works on the Route, we continue our activities. So far, about 8.5 km of medium voltage cable lines with fiber-optic ducts have been laid, and two 15 kV cable connectors have been installed – adds President Zasina.
Simultaneously with the works on the expansion of the power infrastructure, a fiber-optic sewage system is installed along the route of medium voltage cable lines. In total, TAURON Dystrybucja’s works will cover the laying of medium voltage cable lines (15kV) with the length of one wire 58.7 km and the laying of a fiber-optic sewage system with a total length of a single pipe of 18.7 km and the construction of 28 telecommunication wells.
All field activities must be preceded by conceptual work, project development, obtaining the necessary opinions, agreements and permits, including building permits. This is why the involvement of TAURON’s technical and engineering services in connection with the investment has been going on for several years.
Regardless of the construction of new energy facilities, a part of TAURON Dystrybucja’s infrastructure located in this area, whose location collides with the investment, must be rebuilt. All these activities take place in such a way as not to disturb the smooth supply of energy to the company’s customers.
The progress of TAURON Dystrybucja works is adjusted to the schedule implemented by the main contractor of the Route and requires the coordination of energy works with the works of other entities.
– The Łagiewnicka Route is a very large undertaking that will significantly improve communication in the southern part of Krakow. The investment is one of the elements of the third ring road of Krakow, says Krzysztof Migdał, contract engineer on Łagiewnicka Route. – During its construction, the general contractor allows infrastructure contractors to work on those sections where the area has been leveled to the target ordinates, and the schedule itself must be adapted to the existing conditions or unforeseen events, adds Krzysztof Migdał.

By the end of 2024, a large investment of TAURON Dystrybucja is also to be completed, which is the next and last stage of works related to the construction of the Łagiewnicka Route.
We are talking about the construction of a 110 / 15kV power station – Kurdwanów Main Power Supply Point (GPZ), which is an important investment not only from the point of view of supplying the Route itself, but mainly for electricity consumers located in the south of Krakow. This part of the city is developing very dynamically and it is already necessary to plan to relieve and reserve the Bonarka substation, which now provides energy for residents and companies from the southern districts of the city.
The planned cost of building GPZ Kurdwanów will oscillate around PLN 30m. In 2025, the station will be included in Kraków’s power supply system, increasing the security of electricity supply for the city.

PERN begins construction of a pipeline under the Vistula River