Katowice’s office market facing a pandemic. A return to offices? 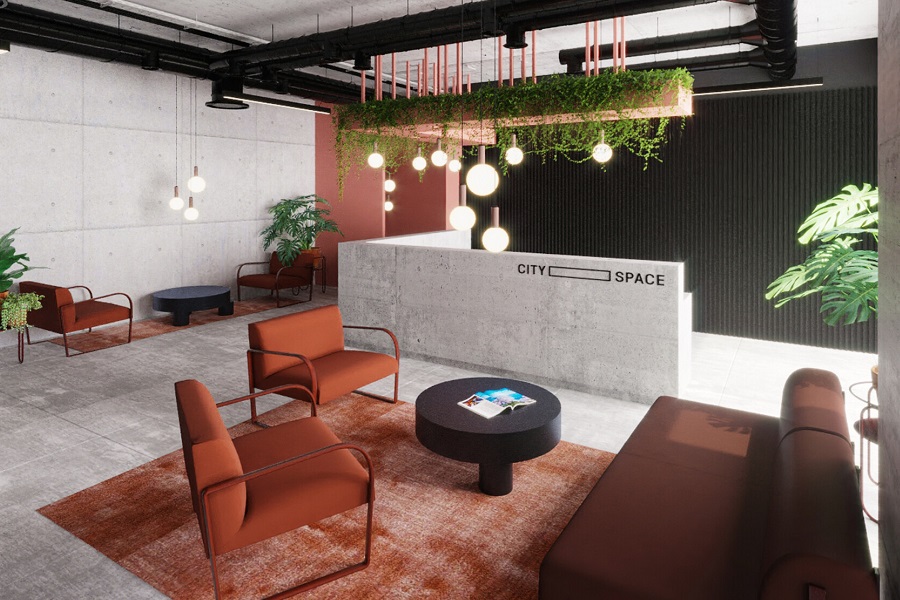 In Katowice, 61,300 sq m of new office space was added in 2020, the vast majority of which is space in the Face2Face buildings completed by Echo Investment. It is one of the largest investments of this type completed in Poland last year. Its part are flexible offices, which are more and more needed due to the spreading of work in a hybrid system.

The pandemic has temporarily cancelled out continuous work in stationary mode. However, this does not mean that offices have ceased to be needed. Remote working has ultimately proven to be a useful complement to, rather than a substitute for, stationary work. One of the most visible trends is companies moving to a hybrid working model. This trend will have a major impact on shaping the entire office market. – The greater prevalence of the hybrid model will entail an increase in demand for flexible offices, which fit this model perfectly. The popularity of flexible space has been growing for several years. An evolution is taking place in the office market. The pandemic has only accelerated the pace of change – claims Jarosław Bator, managing director of CitySpace.

Katowice stands out in the pandemic

As demand grows, so does supply; new flexible offices are opening systematically in Poland’s largest cities, including Katowice, where several operators, including CitySpace, are active. This is the fifth largest office market in the country and in some respects it stood out significantly during the pandemic. It stands out because it currently has the highest concentration of developer activity outside of Warsaw – 27%*. And also because it is home to one of the largest office developments completed in 2020 of any regional market in Poland.

It is two multifunctional buildings Face2Face Business Campus with a total area of over 46 thousand square meters, which are distinguished by their location, unique architecture and perfectly designed, functional work space. Part of this space is occupied by flexible CitySpace offices – a brand belonging to the investor of the building Echo Investment. – Interest in well-designed and at the same time original office spaces in the capital of Silesia is still very high. The Face2Face Business Campus we have developed is an office space complemented by a green and multifunctional patio located between the buildings,” says Joanna Nicińska, regional director in Echo Investment’s office department. – A tenant such as CitySpace ideally complements our offer, being an answer to the needs of, among others, individual clients and companies which are in the process of deciding on the need for additional space,” adds Joanna Nicińska.

The operator will open new offices already in April. Thanks to this investment alone, there will be 2,300 sq. m of flexible space with 370 workstations in Katowice. The new CitySpace centre is a hybrid combining exclusive serviced offices (open space, offices), coworking and virtual offices. The space will also feature additional rooms and zones: meeting rooms, quiet rooms, conference rooms, kitchens, reception, telephone rooms, an entertainment zone and an events zone. The offices in Face2Face will be the second location of CitySpace in Katowice and the eleventh in Poland. – Our current and planned expansion, strongly focused on regional markets, is a response to the changing needs of companies, which more and more often decide on flexible offices. They are the best suited to the rotation system of work – explains Jarosław Bator.

The evolution of the Katowice market is evidenced not only by new investments, which increase the share of flexible space. Its manifestation is also the growing use of space available for several years. This phenomenon is occurring at CitySpace Supersam – the operator’s first location in Katowice – where occupancy has almost doubled in the space of a few months from 2019 and now stands at 98.6%. Supersam has been CitySpace’s best location in this respect for the past two years. Since the beginning of the pandemic, less than half of the workstations in these offices are used on a daily basis, but this is purely the result of a rotating work system. Companies have kept their offices. Some of them have decided to make modifications. – Being able to adapt to current needs is a great advantage of flexible offices. We have recently launched an application that allows you to remotely manage your rented space, selecting the number of workstations from day to day. This is just one of many functions of this tool – informs Jarosław Bator. – Thanks to increasing flexibility and new methods that improve security, employees are gradually returning to offices, at least for some part of the week – he notes.

Over the last three years, companies representing various industries, such as technology, perimeter security, IT, consulting, sales, marketing and real estate, have been using flexible offices in Katowice. – It proves that we create appropriate working conditions for companies of different types and sizes – Jarosław Bator notices.

The fifth market in Poland

* Data from the report “Office market in Poland. January 2021” by JLL.

Construction of Waterfront in Gdynia starts

Sniezka: pandemic with a positive impact on the company’s results

Prices of construction materials are on the rise