Key tram investment in Szczecin with a selected contractor 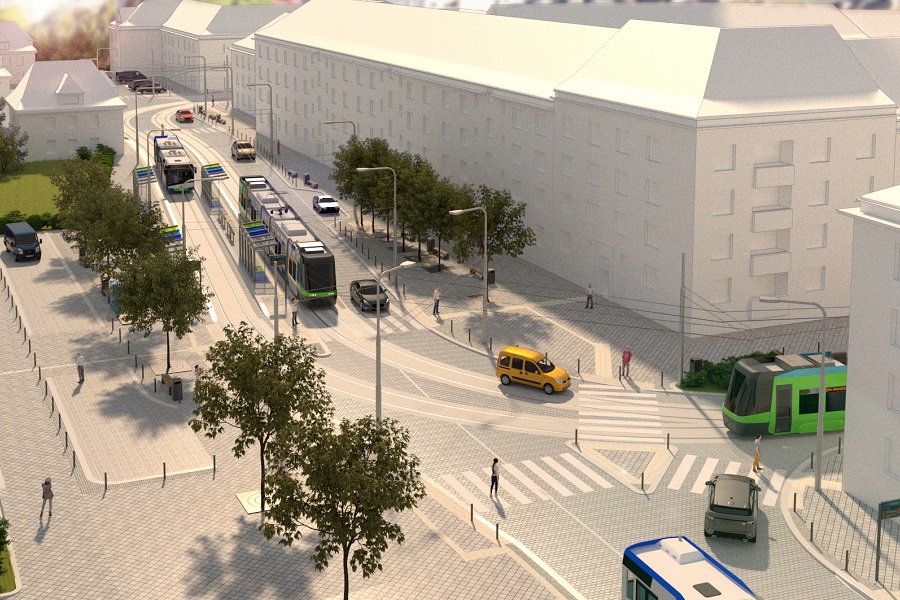 In January, the ZUE company will begin the reconstruction of the tram tracks in Szczecin. The contract worth PLN 174.5m was signed on 11 December 2020. The construction will cover the tracks from Niepodległości Ave., to the Niebuszewo Station.

One of the largest investments in the city

It will be one of the largest investments in the city, which includes the reconstruction project for the tram tracks as well as the catenary system. The reconstruction of the 8km single tram track section will extend from Niepodległości Ave., through Żołnierza Polskiego Square, Matejko’s, Wyzwolenia Ave., Rodło Square, Giedroyc Roundabout, to Niebuszewo Station. The design is intended to improve comfort for passengers.

The Krakow based company, ZUE S.A., will be the contractor of the investment. The project will be divided into several stages, with the first stage starting in January in the area of Niebuszewo Station and Żołnierza Polskiego Square. Designs of the traffic organisation are underway.

Priority for the public transport

The company plans to build so-called Viennese stops, which will allow easy access to the tram, and bicycle lanes.reconstruction of pedestrian crossings, exit lanes and traffic lights. Public transport will be given priority by prohibiting individual vehicles on the bus and tram lanes. New tram connections will also be set up, one – from Grunwaldzki Square to Żołnierza Polskiego Square, and another one from Matejko Street in the direction of Niebuszewo.

There will be new crossovers on the Polish Soldier Square from the Castle Route towards Rodła Square, forming a loop street, as well as parking stands for buses on Roosevelt Street, and collision-free entries for buses to tram tracks, at intersections Wyzwolenia Ave. and Mazowiecka, but also Matejko, Mazowiecka, and Roosevelt.

Additional bicycle lanes will be designated along Kołłątaja Street. Dedicated tramway will be designed exclusively for public transport and emergency vehicles. Within the road, there will be bicycle lanes, as well as parking spaces for passenger cars along the edge of the road. The cross-section of the road in the areas of intersections will be narrowed to shorten pedestrian crossings.

PDD: The investment in Łódź has started. What are the main advantages of wood in construction?

Are conversions the future of commercial real estate?

From 1 February shopping malls open again. Conflicts await us on the line of…