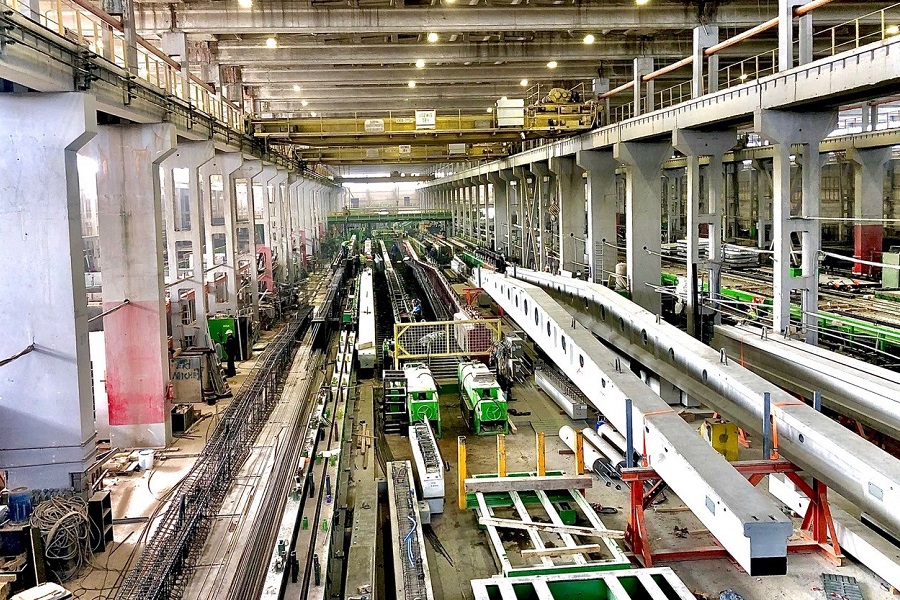 Modular construction allows for export expansion and transport of prefabricated elements to any place in the world. This offers huge opportunities for the development of the Polish economy. The current fourth industrial revolution is characterised by the fusion of technologies and machines that are increasingly communicating with each other and using shared data resources based on artificial intelligence. Modular construction has already entered the mainstream, and the automation of production processes further strengthens its position and increases its competitiveness compared to the conventional model. Experts forecast that the size of the global modular construction market will double within a decade to $108.8 billion in 2025.

Modern prefabrication in the Industry 4.0 trend is one of the most important construction trends of the future, which has many applications in the field of large-scale construction (e.g. houses, shopping centres, high-rise buildings, housing estates, car parks, office buildings, sports and entertainment facilities, railway stations) or engineering (e.g. bridges, tunnels). In our country, it is still sometimes mistakenly associated with the era of large-panel buildings from the socialist times of the People’s Republic of Poland. However, its association with today’s modular prefabrication is like comparing the Polonez produced by FSO at the time with today’s Tesla.

The advantages of modular prefabrication include shortening the investment’s operational cycle by as much as half, ecology, reducing the number of workers employed on the construction site, great design and architectural potential, high precision and quality of execution, the possibility to execute investments in winter conditions, better durability and resistance to fire, or better thermal insulation. Studies on soundproofing and acoustics of flats have shown that they exceed Polish standards in force from 2021, as well as resistance to vibrations especially important in concert halls or lower operating costs. There is also no need to organise material storage on the construction site, which contributes to safety and has an impact on the environment. I also know of a case where an investor, as a result of his mistake, had to make alterations and, thanks to prefabrication, was able to remove the stairs from the cages and then reassemble them. As a result, we can find growing demand for modular construction on all continents.

The market grows despite the crisis

Contrary to expectations, the crisis caused by the 2020 pandemic has not negatively affected the prefabricated house market in Germany. Last year, a total of 23,006 flats were built there using industrial prefabricated structures – 4.9% more than the year before. It is estimated that around 70,100 such units will be sold in the six northern European countries by 2022, with demand in Germany increasing significantly, especially for turnkey solutions. In Sweden, more than 80 per cent of homes are already being built prefabricated.

The construction of 3D modular homes is also well developed in Russia and is one of the most promising methods there for ensuring a high rate of housing construction. In Italy, the demand for prefabricated, anti-seismic steel houses is expected to gain popularity due to their validity and safety effectiveness, especially in areas with recurring seismic events.

With the UK planning to build around 300,000 new homes a year by 2020 to meet the challenges in the housing market, prefabricated structures are expected to play a significant role there. In June 2019, permission was granted to Ikea to build modular homes on the south coast in a joint venture with construction company Skanska. The two companies, Ilke Homes and Legal & General, have built factories to produce prefabricated homes. They are transforming the prefab housing industry there, producing two and three bedroom homes priced between £350k and £425k. Ilke Homes has committed to producing 2,000 homes a year, with a target of 5,000. Insurance company Legal & General has built a huge ‘Industry 4.0’ factory outside Leeds, where it will build 3,500 homes a year. In 2019, Japan’s largest home manufacturer, Sekisui, launched a venture with the UK government that is expected to result in thousands of modular homes being built across the country. Berkley Homes, one of the biggest players, has also announced plans to open a new factory in Kent to produce 1,000 homes a year.

The art of prefabrication is the art of business

For example, Griffin Real Estate is the largest private equity investor and asset management company specialising in real estate in Central and Eastern Europe. The company’s strategy is based on creating investment platforms or acquiring companies that are leaders in a given sector, and then increasing their value through organic growth and by developing appropriate strategies and building strong management teams. In 2019, Griffin Real Estate and PIMCO funds paid over PLN 1 billion to acquire control of Polcom Group, a modular hotel manufacturer from Chojnice, now one of the leading international suppliers to the property development industry. Earlier in 2015 Griffin Real Estate, together with Oaktree and PIMCO, carried out a deal to buy a majority stake in Echo Investment, and in February 2021 Echo Investment acquired a majority stake in Wroclaw-based Archicom from its founders. Following the completion of the transaction, the Echo-Archicom group will be the largest residential developer in Poland – in 2021 alone it will start building a total of 7,000 flats for sale and for rent. The potential is huge, as between 30% and 50% of Western Europeans live in rented flats, and Resi4Rent is Poland’s first platform for rental flats.

In February last year a joint venture created by a fund managed by Real Estate Group Ares Management Corporation and Griffin Real Estate announced the purchase of 98.04% of shares of a leading Polish developer, Murapol. The transaction value was not disclosed. In turn, European Logistics Investment, a dynamically developing logistics platform owned by Redefine Properties, Madison International Realty and Griffin Real Estate, has entered into a strategic alliance with Panattoni, a leading developer of industrial real estate. The development of new projects in the logistics sector is expected to increase the initial gross asset value of €0.2 billion to €1 billion over the next 36-48 months. Other investment platforms established by Griffin are: EPP, Chariot, Griffin Property Finance, Smyk or Student Depot. EPP is a company operating according to the REIT formula, listed on the Johannesburg and Luxembourg stock exchanges. It is the largest shopping centre owner in Poland in terms of gross leasable area (GLA). Currently, the value of gross assets managed by Griffin Real Estate within ten investment platforms exceeds 5 billion euro. Griffin Real Estate’s founder, Przemysław Krych, is also the founder of another private equity fund – Cornerstone Partners, which, together with the Czech company Crestyl Group, has recently signed an agreement to take over Budimex Nieruchomości. The transaction was valued at PLN 1.5 billion.

On the other hand, the shares of Pekabex, a leader in the production of prefabricated reinforced and prestressed concrete elements, listed on the Warsaw Stock Exchange, have risen by 160 per cent over the last year. Production is carried out in six Pekabex factories located in Poznań, Gdańsk, Mszczonów (near Warsaw), Bielsko Biała and Marktzeuln in Germany. The Group has been operating on the Polish market and abroad for nearly 50 years, creating jobs for more than 2,000 people and employing highly specialised engineering staff. Currently the Pekabex Group’s total annual production capacity is approximately 148,000 m3 of structural elements and 950,000 m2 of floor elements (slabs, filigree slabs, walls).

The battle for future positioning is getting tougher

Not surprisingly, there are more and more companies that see their growth in modular construction and want to take a strategic position in profits. Erbud, known for its general contracting business, plans to invest PLN 80-100 million to implement modular construction production in the next 3 years. HRE Investment, on the other hand, continues to buy development companies and producers of prefabricated products and proptech solutions. It wants to allocate even PLN 150mn this year to expand its potential. The company plans to reach the level of building 10,000 flats a year using this technology.

Another player is Operator ARP and ARP Prefabrykacja, companies belonging to the Industrial Development Agency (ARP), which have signed an agreement on cooperation in the implementation of the Fabryka Programme. They will build high-class office and service buildings in medium-sized cities. They will use modern prefabricated elements supplied by ARP Prefabrykacja, whose majority shareholder is ARP S.A. (70 percent), while the remaining 30 percent of shares are held by HM Factory – a producer of prefabricated elements. The most important goals of ARP Prefabrykacja are the implementation of modern modular and prefabrication technologies into the domestic construction market – using the experience of the shareholder HM Factory, a leading producer and exporter of prefabricated elements on the Polish, Scandinavian and German markets. The company will produce highly processed prefabricated and modular elements, which will be used in housing and office buildings, as well as in the construction of public utility buildings – schools, kindergartens, offices. The fully automated factory will also manufacture walls, ceilings, stairs – a complete system allowing for quick construction. It can be estimated that in the first phase it will reach a scale of 4-4.5 thousand flats per year, which is still a drop in the ocean of market demand. In the following years, the company’s strategy is to produce components for up to 12,000 flats per year.

Modular hotels are becoming the norm

The InterContinental Group, for example, is building a Holiday Inn Express from modules transported from China. Marriott in the United States ordered them from a Polish supplier and the Hilton Group will soon open Africa’s first modular hotel in Ghana’s capital, Accra.

This market is constantly growing, which translates into new orders for the domestic manufacturer Polcom Modular, which produces and exports modules for the construction of many hotel facilities around the world, such as in New York, Amsterdam and London. Polcom is an established supplier of high quality modular building systems and interiors for many hotel brands. The company is gaining new orders and is a great showcase for Poland.

We should remember that large hotel chains expect a certain repetitiveness of their standards, which is an identity for the hotel chains we know and is related to their logistics and types of finishes. As modular construction suits projects involving the replication of multiple units, its use is also growing significantly in the interior finishes segment. Prefa Solutions, which produces innovative prefabricated bathrooms for hotels, is building its plant in Bochnia (Małopolskie voivodeship) at a cost of PLN 16 million; the investment is a facility to equip 50 hotels by 2025.

In total, the construction materials and services sector in Poland accounts for 20.3 per cent of GDP, which translates into almost 120 billion in annual revenue for the state treasury. The segment of heavy concrete prefabrication is estimated to account for 3 percent of the market share in 2020, and the total revenue of the largest prefabrication producers in Poland, for the first time exceeded PLN 5 billion and is growing dynamically. 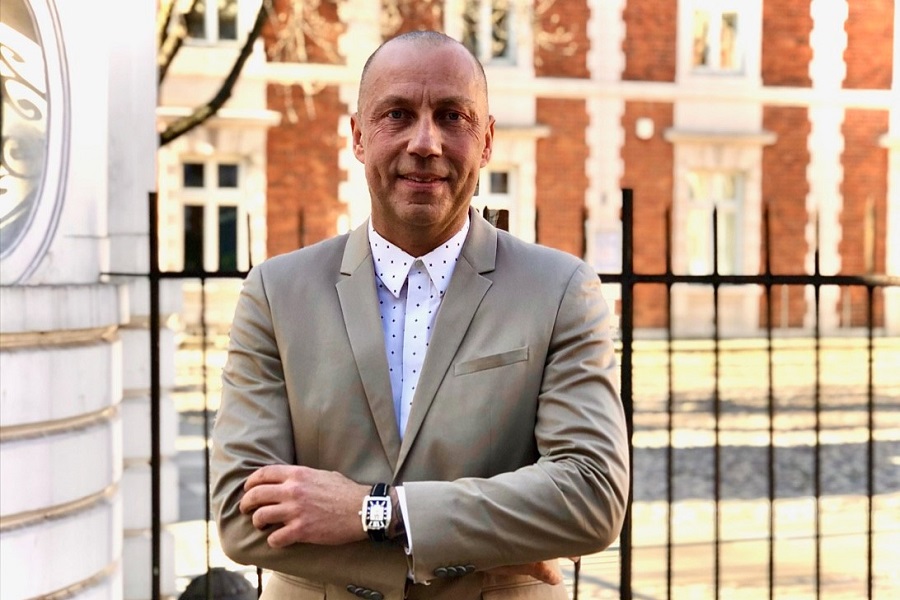 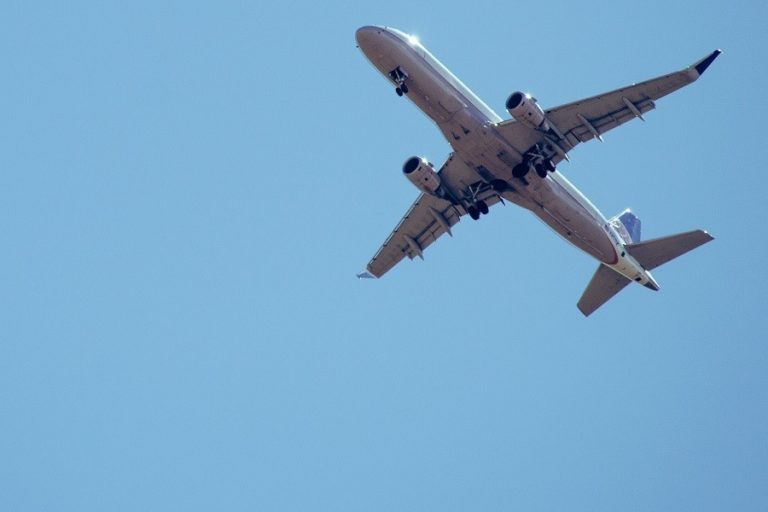 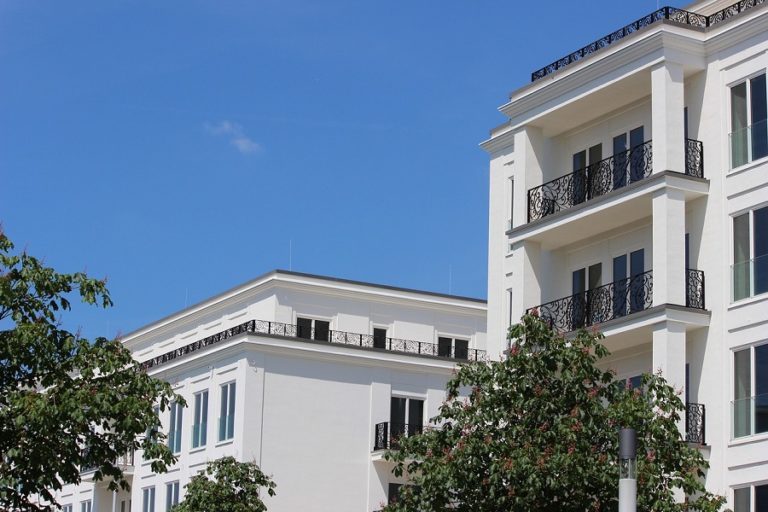 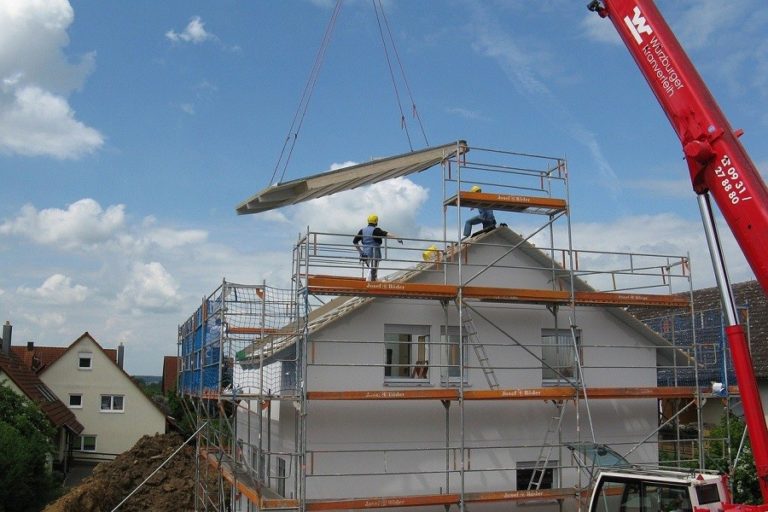 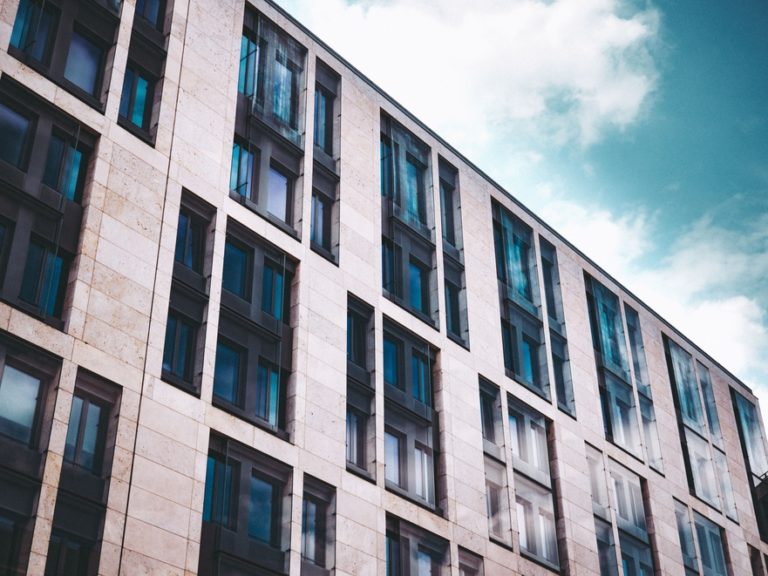 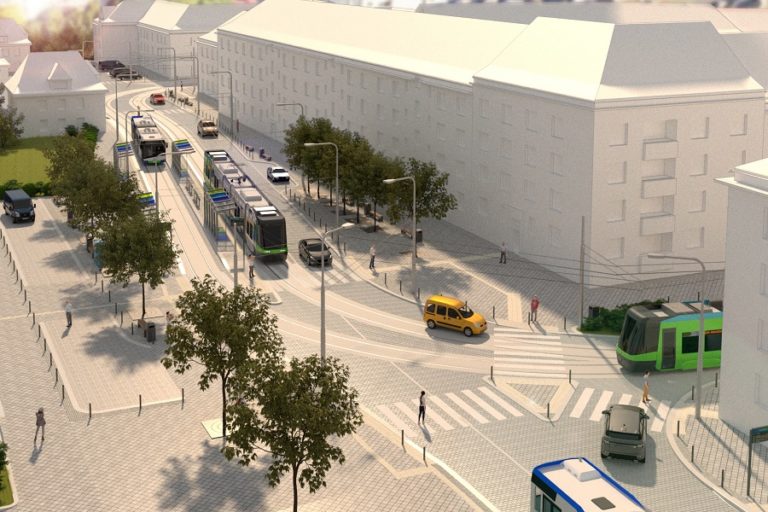 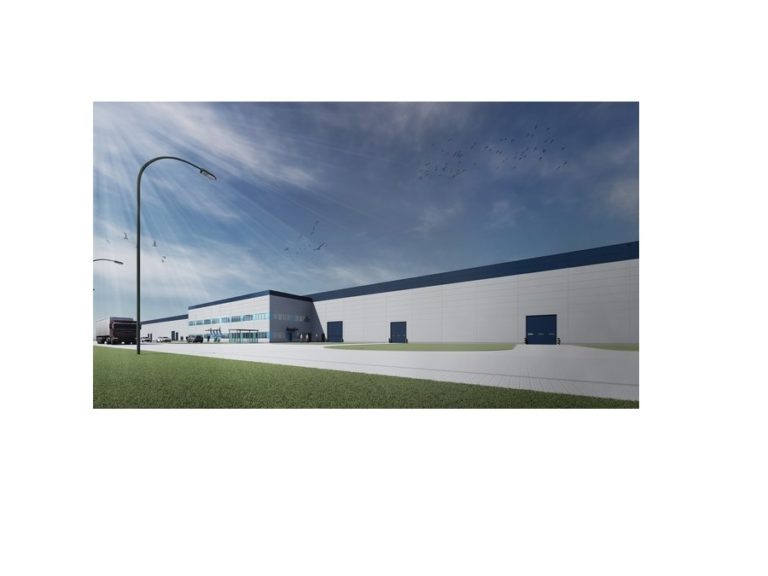 Panattoni, the leader in industrial space in Europe, is to build a production plant of 40,000 m2 in Kalisz.