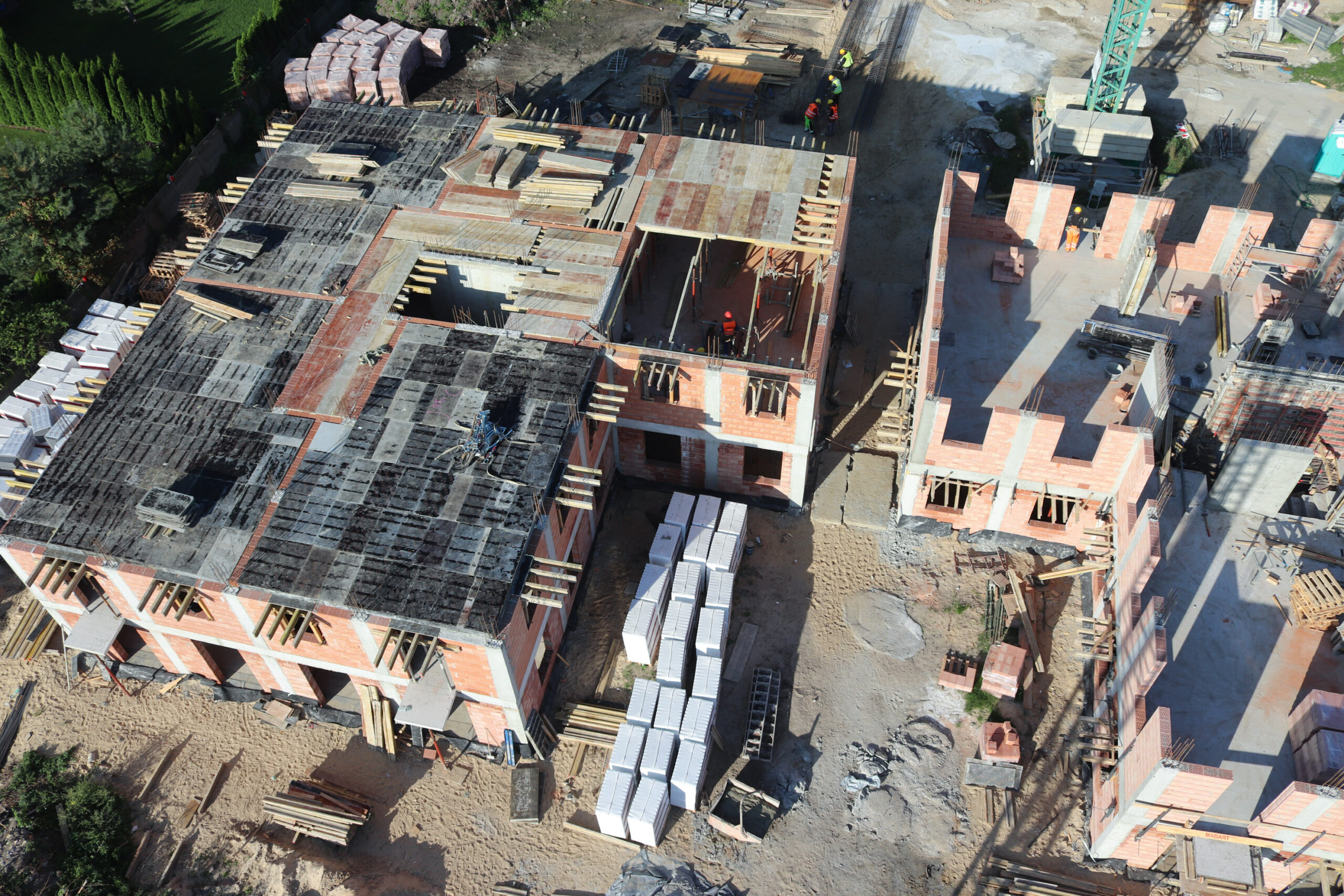 After more than 4 years of operation, the advancement of the implementation of residential investments under the Flat + scheme is not impressive:

The estate that is being built at Gorniczeho Dorobku St. in Katowice is the largest investment of PFR Nieruchomosci under construction. Implemented in the vicinity of the historic district, it refers not only to its name. The new housing estate is inspired by the scale and character of the over 100-year-old Nikiszowiec. Construction works on the estate exceed 80%.

The estate in Minsk Mazowiecki is an investment located the closest to Warsaw at Klonowa St. It includes two low-rise, 4-story buildings. Construction, which has been running since the beginning of October 2019, is being implemented according to the assumed schedule. The blocks have reached nearly 70% of advancement. The works are scheduled to be completed in early autumn 2021.

The intimate three-story buildings will accommodate 201 flats with one to four rooms, the average area of ​​which will be approximately 50 m2. All the premises will be finished in a “turnkey” standard, ie they will be ready for living. Currently, the stage of advancement of construction works has reached nearly 60%.

Investment by PFR Nieruchomosci started in October this year is the first housing estate to be built from ready-made elements. The general contractor – Pekabex – will bring them to the construction site from its factories in Poznan and Gdansk. Sandwich walls with elevation, insulation and woodwork will be built in factory halls, and on the construction site will be installed by small professional assembly teams. The first keys to the apartments are to be delivered to tenants in June 2022.

The investment in Radom consists of two seven-storey buildings that will soon reach the highest structural point. Completion of construction is planned for Q4 2021. Most of the 124 designed flats, ie nearly 60%, are 3-room apartments with an average area of ​​59 m2.

The investment is 60% advanced, located on a 3.5-hectare plot at Anna Szwed-Sniadowskiej St., was launched just over a year ago. There are 8 three-story buildings under construction, which will house 481 apartments with an average area of ​​46 m2. The planned completion date for construction works is summer 2021.

The investment in Lowicz is being built in the northern part of the city, in the area of ​​Krudowskiego, Grunwaldzka and Grzmot-Skotnickiego streets. There are three three-storey buildings that will house 96 apartments with an average area of ​​52 m2. Launched in June this year. construction has already reached almost 20% of advancement. The planned date of its completion is Q4 2021.

Construction at Parkowa St. was launched at the end of August this year. The planned completion date is Q2 2022. The estate will consist of six four-story buildings with gable roofs. The average size of the flats under construction will be nearly 55 m2.

The investment, launched at the beginning of October 2019, is implemented according to schedule. The assumed completion date is Q3 2021. The estate of PFR Nieruchomosci was the first multi-family residential investment launched at Gen. S. Roweckiego “Grota” St. However, today another construction is already underway in the vicinity of the investment site.

The nearest investment plans of PFR Nieruchomosci include the launch of construction projects in Olawa, Sianow, Nowy Targ and Zgorzelec. All the above-mentioned projects are at the stage of acquiring General Contractors

Buildings are responsible for as much as 42% of final energy consumption, 30% of water consumption and 35% of greenhouse gas emissions, according to data from the European Commission. Similar conclusions can be drawn from the UNEP report “2019 Global Status Report for Buildings and Construction”, which additionally shows that these values are growing rather than falling each year. In construction, it is necessary to introduce modern technologies that will support sustainable development. An example is the use of precast timber. Its use contributes to reduction of CO2 emissions.