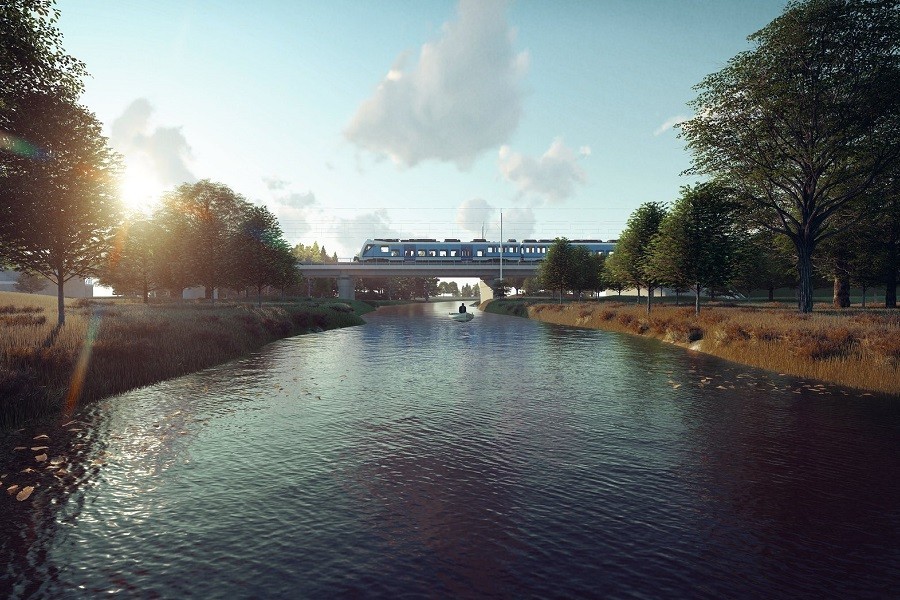 The reconstruction of 16 buildings between Pilichowice and Olszamowice begins on the Central Rail Line. The investment of PKP Polskie Linie Kolejowe S.A., for nearly PLN 57 million net, is another work preparing the CMK for speeds above 200 km/h. The task financed from budget funds will enable faster and more efficient railway travel.

Without any changes in train running PLK will carry out further works on the Central Rail Line. On the 16 km route between Pilichowice and Olszamowice, there will be four new bridges. The old structures over the rivers Czarna Maleniecka, Barbarka, Gerszczynka and the left tributary of Czarna Maleniecka will be dismantled and replaced with new ones. As part of the task, the contractor will build two new viaducts in Myśliborz and Siedlow (Lodzkie voivodship) in place of the existing structures. The efficient running of trains at a speed of over 200 km/h will also be ensured by rebuilding 10 culverts – smaller facilities ensuring proper water drainage. They also serve as passages for small animals.

After completion of the works, new tracks will be laid on all objects. They will be adapted to train travel at speeds up to 250 km/h. At present, the track allows for travel of up to 160 km/h.

The investment The modernization of 16 engineering structures on the Pilichowice – Olszamowice route is carried out as part of the project “Modernization of railway line no. 4 – Central Rail Line Stage II”. The works are scheduled for 2020-2021. The net value of the investment is nearly 57 million PLN. Financing of the investment is provided from domestic funds. Agreement with the contractor, consortium: INTOP Warszawa Sp. z o.o. (leader), Sarinz Sp. z o.o. was signed on 7.02.2020.

PLK’s investments on the Central Rail Line will shorten travel time. They adjust the line to speeds over 200 km/h and increase the level of safety in railway and road traffic. Last year, PLK modernised 14 facilities on the Idzikowice – Opoczno Pld. route and the technical station in Idzikowice.

At the end of 2023, after all works have been completed and the ERTMS/GSM-R system and ETCS level 2 system have been put into operation, the CMK line is planned to run at a speed of up to 250 km/h.

The CMK provides connections between Warsaw, Krakow, Katowice and Wroclaw. It is also important in regional traffic for the inhabitants of the following provinces: Swietokrzyskie, Lodzkie and Mazowieckie.

Will the developers build from prefabricated elements?