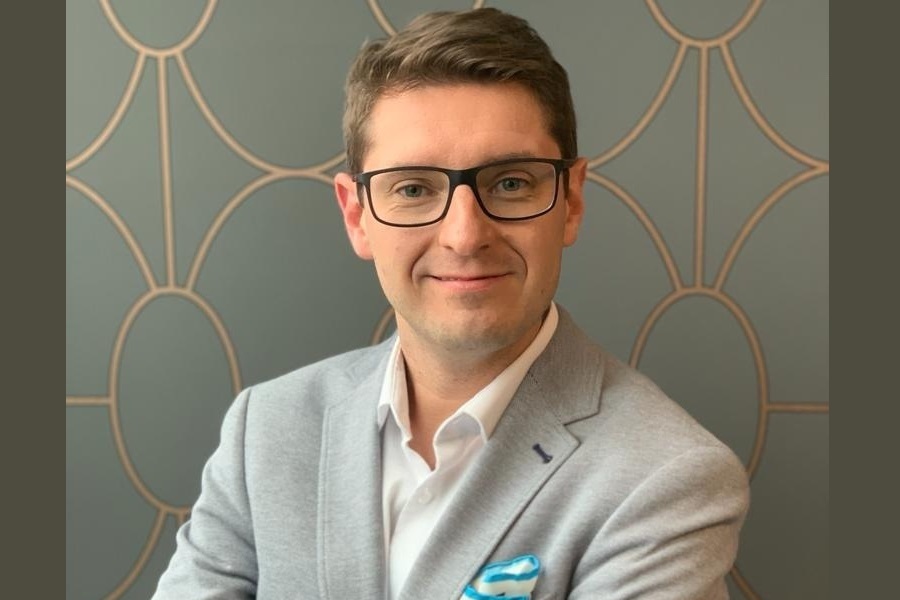 The Covid-19 pandemic has significantly changed the situation in the office market. Mateusz Strzelecki, Partner/Head of Regional Markets at Walter Herz, answers questions about the new situation in the industry in his commentary.

How has the office market been affected by the pandemic? Have the regional markets suffered more than Warsaw?

Last year was characterized by a high degree of unpredictability, due to the pandemic. This entailed numerous challenges for tenants and landlords. The situation required quick decisions from tenants, including switching to remote operation mode. On the other hand, landlords had to take care of safety in the office buildings and change their rental strategies. Investors, in turn, were forced to re-examine the profitability of their projects and decide on the pace of introducing new investments to the market. We could observe the conservative attitude of landlords, developers and tenants, which translated into a slowdown on the office market.

In 2020, the demand for office space in regional cities was around 15 per cent lower than in 2019. The vacancy rate in the regions increased on average by 3.2 p.p., and the volume of office space under construction is currently the lowest in 5 years. In Warsaw, last year’s results amounted to a 30 per cent decrease in demand for offices, and the vacancy rate on the Warsaw market increased by 2.2 p.p.

Many companies planned to return to their offices in the fall of 2020, which unfortunately turned out to be impossible. Now, decisions are postponed until the middle of this year. I think right now is a good time to verify the demand for space in the new style of work in the post-Covid era. Many of our clients decided to start discussions within the organization about the shape of the new office and its new arrangement, broken down into functions. The workplace solutions that we continue to develop are supporting companies in such discussions.

Our observations show that remote work, to a certain extent, will become a permanent feature of a vast majority of companies. The most accurate forecast at the moment, seems to be the option combining work from home and office, that is the so-called hybrid. Most likely, in many companies, a mode with 1-2 days of working from home in a weekly or longer period will prove successful, which will result in increased rotation of employees in the offices.

What kind of inquiries about office space are coming from companies now?

At the beginning of 2021, we could observe a definite revival on the market. Many of the suspended processes were restarted and customers began talks about both relocations and extensions of the existing contracts.

A very large number of sublets is also a visible phenomenon, while this type of offer is usually associated with leasing space that is not fully adapted to the needs of the companies. However, they are a great solution when there is a need for short-term flexibility in lease.

How do companies optimize rental costs?

Companies optimize rental costs in several ways. For a long time, the beginning of the year has been an ideal moment to verify the operating fees incurred, that is the operating costs of the facilities where the space is leased. Most of the billing is conducted in the “open book” format. Thus, tenants with the support of specialists from consulting companies can verify the costs incurred in this respect and compare them with market standards.

The second and most popular cost optimization option at the moment is subletting the unused office space. The number of such offers on the market has recently been very large. However, it has not significantly affected the regular lease market. An important aspect here is the price. The sublets are usually offered on terms similar to the market prices, and the “bargains” are definitely rare.

What portion of the currently signed contracts are for subletting?

I must admit that it is difficult to attempt to get such a statistic. In the case of our clients, subletting accounts for several per cent of the signed contracts. It does not change the fact that there have been a great many offers of this type on the market recently. Last year, only in Warsaw, we had subleases amounted to over 130 000 sq m. of office space.

As far as the structure of concluded contracts is concerned, extensions, that is renegotiations of lease contracts, have recently gained significant importance. They constituted nearly 40 per cent of cases. Often in such cases, shorter contracts are signed, for 2-3 years, which allows companies to gain more time to think about their course of action.

Have prices of office lease changed? Where?

The asking rates for the lease of office space per se, remain at a similar level as before the pandemic. We notice the flexibility of the landlord’s attitude when the negotiation process enters the advanced phase. And here is where there really is no rule anymore, each case is individual. It also depends on the type of facility. Whether, for example, negotiations concern older properties, the owners of which are trying to keep the same portfolio of tenants. Is it a sublet? Are we talking about a developer looking for financing for projects under construction and making concessions by offering tenants additional rent exemptions or a much higher budget for space arrangement than a few months ago? However, we have to remember that everything has its “profitability threshold” and feel the right moment in the negotiations.

Rental rates in the upcoming months may also be increasingly influenced by the clearly visible decline in new office supply, due to postponing construction dates of the new projects by developers.

Are companies looking for bargains?

One of the bargain offers involves sub-rentals. In some attractive properties that have been fully leased for years, it is now possible to rent space. This applies, for example, to office buildings in Warsaw located on the route of the first metro line, or buildings located by the Main Railway Station in Cracow and Wrocław.

Moreover, developers looking for financing for their projects in the early stages of implementation are making big concessions. For the owners, it is crucial to obtain the appropriate number of lease contracts at the beginning of the construction of the investment, which clearly translates into increased incentives for tenants. After determining only the demand for space, without specifying its arrangement, companies can obtain very favorable lease conditions.

What mood and market phenomena can be observed?

All market participants are still waiting for the situation to develop, but now with a strong sense of the approaching “thaw”, which has partially already happened and is likely to gain momentum in April and May 2021.

The industry is gearing up for a new post-pandemic reality that will be different, but not necessarily worse. We are all aware of the fact that the way work is performed is becoming more flexible, while most organizations clearly emphasize that offices will still be a very important aspect of their functioning. Especially in the context of increasing work efficiency, taking into account the current fatigue of employees and the growing desire to rebuild social relations.

Another positive symptom is the increased interest in our office market from new investors, which has been clearly visible in recent months.

What flats will hit the market this year?

Five trends that will change the housing market in Poland