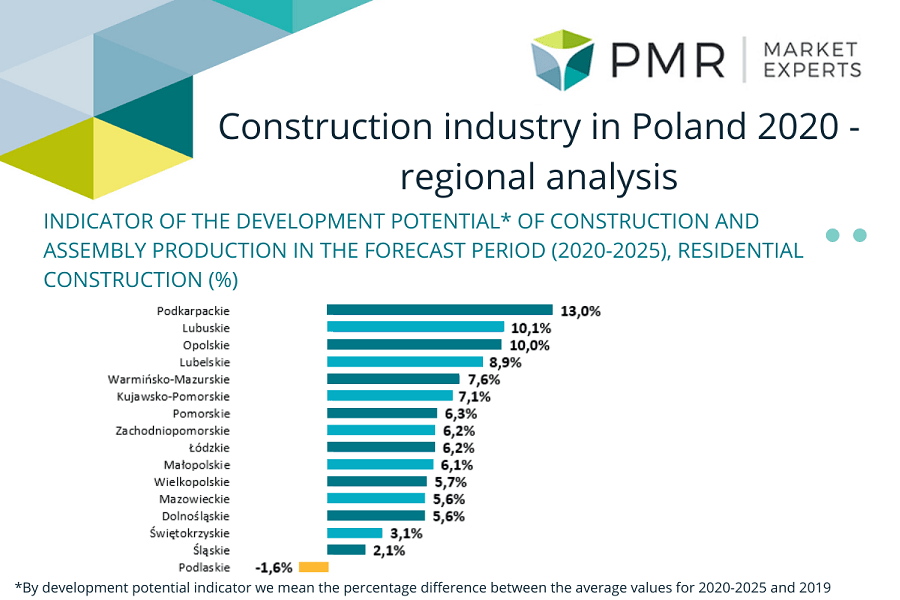 PMR presents a set of infographics from the report: Construction sector in Poland 2020 – Regional analysis

According to CBRE experts, the demand for flats in smaller cities and towns outside the largest agglomerations is growing. While in the previous years their share in the commenced development investments remained at the level of approx. 30%, this indicator increased to 38% in the last year, and in the period from January to September this year it was as high as 47%. The trend of growing popularity of smaller cities is fueled by, among others developers’ fierce struggle for land in agglomerations and popularization of remote work.