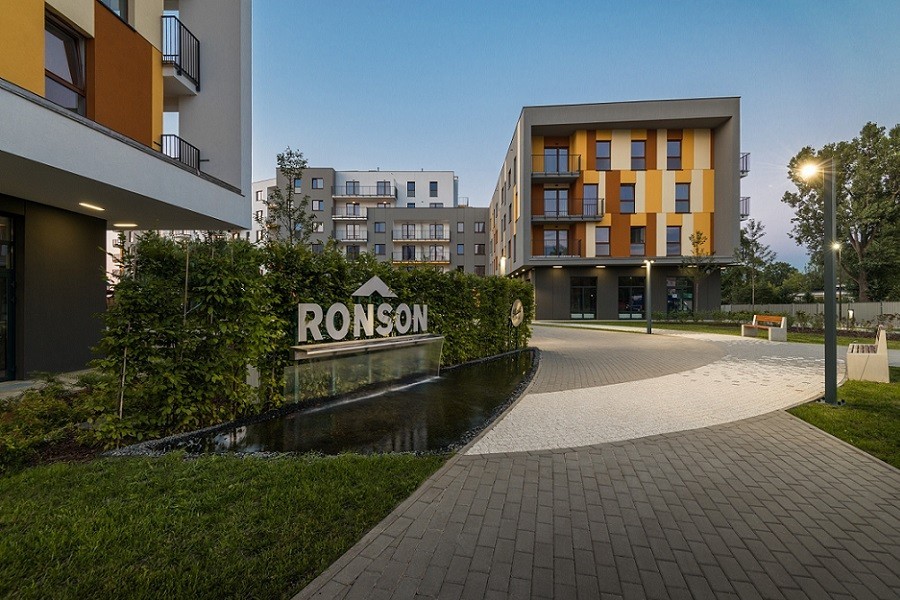 Miasto Moje is the leader in sales

The sale of 172 units in Q2 2019 is very similar to the one achieved in the first three months of the year, when Ronson found buyers for 174 units. The developer sold a total of 346 units in H1 2019, compared to 436 units in H1 2018, said in press release Andrzej Gutkowski, Vice President of the Management Board and Sales and Marketing Director of Ronson Development.

Among the best-selling projects in the second quarter of 2019 was the Miasto Moje residential estate in Warsaw’s Białołęka district, where the company sold 61 units and the Grunwald2 project in Poznan.

…and among the handed City Link

Ronson Development handed over 289 units in Q2 2019 (compared to 213 units a year ago). Most of the apartments were handed over to the clients of the first two stages of the City Link project in Warsaw (130), and a significant impact on the financial results for the second quarter will also have transfers from the Wrocław Vitalia project (65) and from the Warsaw estates – Nova Królikarnia (41) and Miasto Moje (40).

Residential construction: key numbers still on the up

PMR report: decrease in volume of modernisation works on flat roofs in Poland

There is no speculative demand?

Are the surge in building material prices behind us?

Mostostal Warszawa again with a loss, but with a solid portfolio