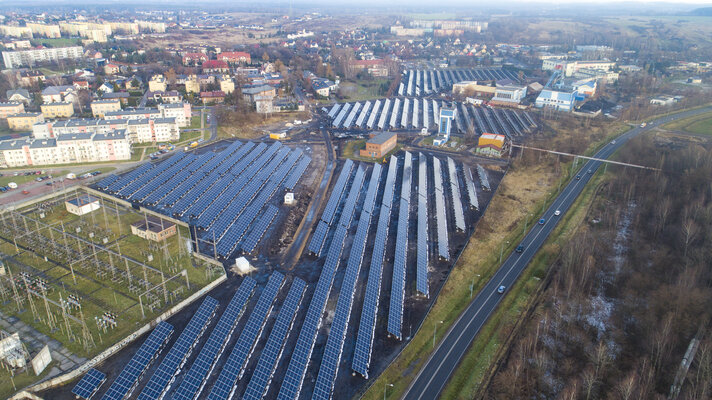 Tauron has completed the construction of a photovoltaic farm in Jaworzno – this is the first such investment, which was created as part of the program of building photovoltaic installations in post-industrial areas belonging to the Group.

We want to build photovoltaic farms with a capacity of 150 MWp in the areas belonging to the Group. We are putting the first such farm into operation in Jaworzno, in the place where the coal block was located – explains Wojciech Ignacok, CEO of Tauron Polska Energia. In line with our assumptions, by 2025 we will have photovoltaic farms with a capacity of 300 MW. This is an important element of TAURON’s Green Return – adds President Ignacok.

The construction of the farm was supported by the Provincial Fund for Environmental Protection and Water Management, which granted a preferential loan in the amount of 75.46% of eligible costs of the investment task with the possibility of redemption up to PLN 3 million. After meeting the requirements in accordance with the contract signed by the parties, the redeemed amount will be used to perform another ecological investment task planned by Tauron Wytwarzanie. The Tauron PV program is a program for the construction of photovoltaic installations in the TAURON Group areas with a total capacity of 150 MWp. It includes several locations with varying degrees of advancement and strength. Investments are developed in areas that have been reclaimed or require reclamation as a result of long-term industrial activity – these are mainly areas of former power plants or furnace waste dumps. Thanks to the program, these places will be able to restore their economic functions related to energy. Investments in renewable energy are to be the basis for achieving the assumptions of the Green Return by 2030. Tauron plans to generate over 65% of energy from RES in 10 years, with the simultaneous reduction of emissions by half.

Most warehouses are built in south-eastern Poland