The 120-meter tower will be built in Gdynia 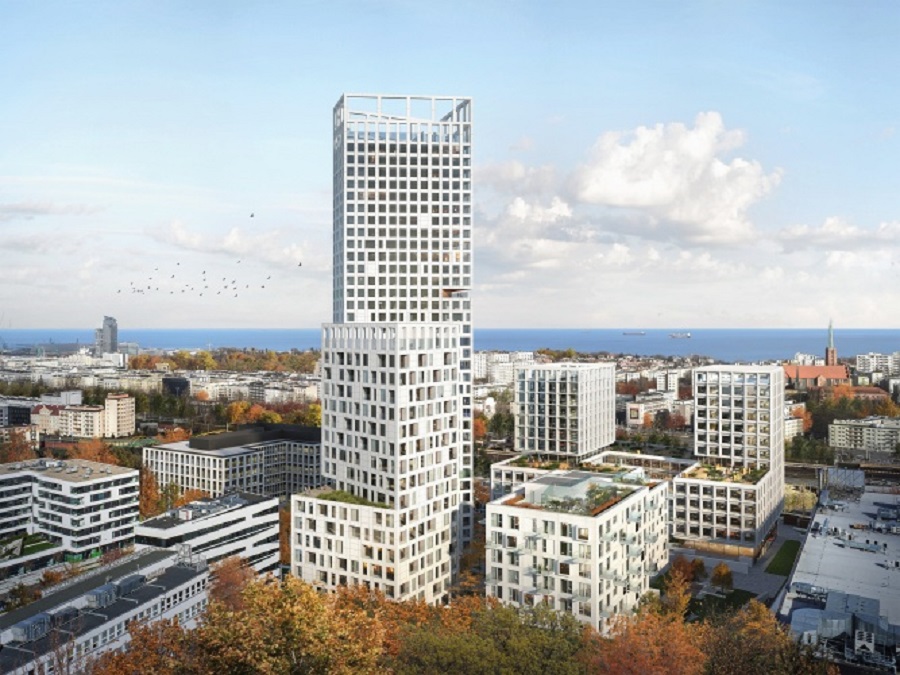 In Gdynia, near Franciszka Cegielska junction (junction of Kielecka and Droga Gdynska Streets), a 120m high-rise building and a mixed development will be built. The project will be undertaken by the Allcon Group from Gdynia. In the international architectural competition, preceding the construction decision, Warsaw’s Grupa 5 Architekci (The 5 Architects Group) won.

The settling of the competition

On the 2ha area, approximately 55,000 m2 of the office, service, and residential usable space will be built. Six architectural studios were invited to participate in the competition, the jury of which consisted of the members of the Chamber of Architects, the representatives of the City of Gdynia, and the Allcon Group, the investor of the project. The jury was chaired by the director of the City of Gdynia’s Spatial Planning Office, Iwona Markesic.

After the settling of the competition, the developer will plan to refine the details of the project with the winning studio and will start the implementation of the project after obtaining the permits. This may take up to two years.

The project of the studio Grupa 5 Architekci

After several weeks of deliberations, the jury selected the design of the Grupa 5 Architekci studio from Warsaw, which carried out other projects in the Tri-City. The studio spent three months on the development of the project. The group was inspired by the architecture of the interwar Gdynia, and the white buildings will refer to the nature of the port city.

The white building complex will be surrounded by the squares that will transfer the population center to the western side of the railway line. The multi-level green gardens will be situated on the ground area of the investment, as well as on the rooftops.

By the end of 2009, a spatial development plan for the area was adopted. At least half of the space will be intended for commercial premises. The plan permits the constructions of the buildings up to 24 m in height. The landowner may, however, increase the height of the buildings in the area of 30% of the total surface area, if the project wins the architectural and urban competition. This was the competition that the investor organised.

The local plan also envisages the inclusion of the study of the landscape, illustrating the interdependence of the development and the environment. It mandated the use of high-quality solutions and high-quality finishing materials.

The plan also includes the car park for the transfer node on the side of Kielecka Street.