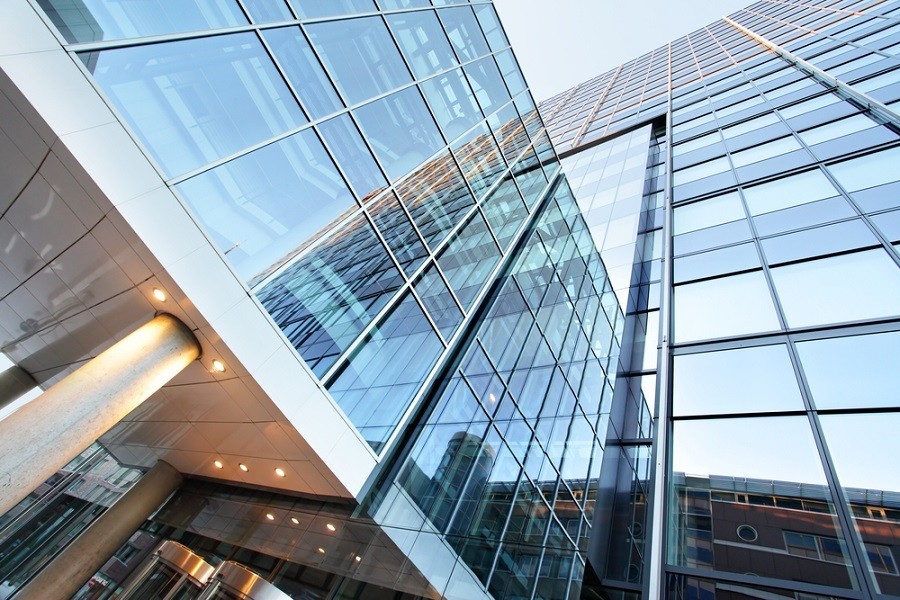 Over 202,000 sqm will have five largest office buildings to be opened in 2020 in Warsaw. This is about as much space as 28 football pitches. It will consist of Mennica Legacy Tower, Varso II, Skyliner and The Warsaw HUB, which will supply office space in the central part of the city, and DSV HQ, which is being built in Sluzewiec. In total, 19 new office buildings with a total area of approx. 423,000 sqm will arrive in the capital this year. The buildings which will be made available in 2020 in regional cities will have significantly less office space. The ten largest of such investments will provide 207 thousand sqm of office space to tenants.

– Warsaw does not intend to give priority. This year, it will outclass other regions in terms of the newly created workspace. This is an opening that many tenants have been waiting for for a long and impatient period of time, which was confronted with a significant supply gap, especially in the centre of the capital. At the same time, the office market in our country is still developing intensively in other large cities, especially in Katowice, Gdansk and Wroclaw. They have great potential, thanks to which they are increasingly attracting the attention of investors. The year 2020 is exceptional in terms of new openings on the Warsaw office market, but I predict that in the following years other cities will be more and more trampling on the capital’s heels – says Mikolaj Sznajder, Office Department Director of CBRE.

The largest office building in our country to be commissioned in 2020 is the Mennica Legacy Tower with over 46,000 sqm of office space. The skyscraper is being built in Warsaw’s Wola district, in the central part of the city and has 32 floors. The new project in the very centre, at Chmielna Street, will be Varso II, and at the Rondo Daszynskiego metro station, Skyliner will appear – each with an area of almost 44,000 sqm. The Warsaw HUB and DSV HQ are among the largest investments in the country. Only these five office buildings will provide the market with as much as 202,000 sqm of office space, i.e. as much as 28 football fields and slightly less than the ten largest office buildings to be delivered this year in regional cities. 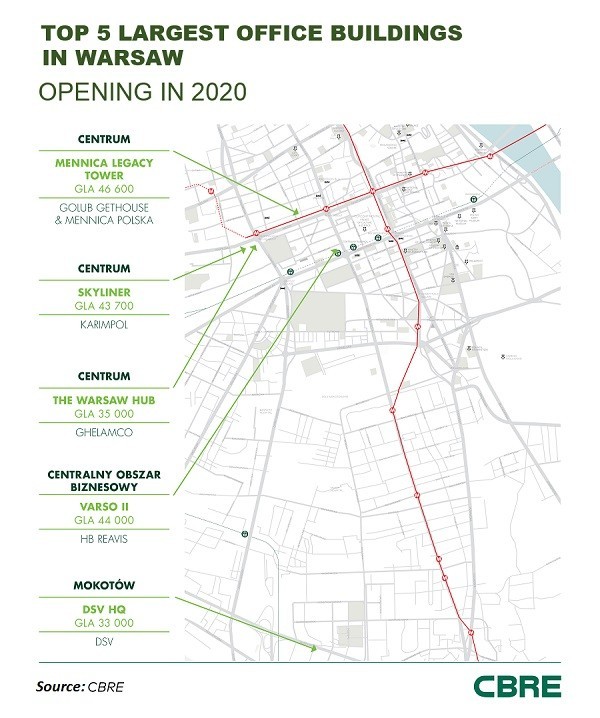 In the regions, offices will also grow

The ten largest office buildings to be made available to tenants in the regional cities in 2020 will occupy a total of 207,000 sqm. The top five include Face 2 Face II in Katowice, Olivia Prime B and Wave phase I in Gdansk, Centrum Południe I in Wroclaw and High 5ive 4 in Krakow. The space they will make available to tenants will range from over 21,000 sqm in High 5ive 4 in Krakow to over 26,000 sqm in Face II Face II in Katowice. 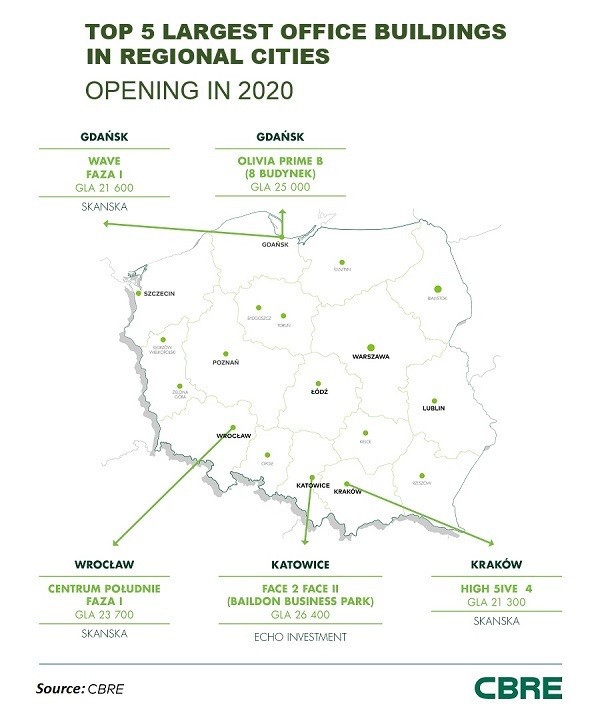 Within two years, the number of real estate transactions in Poland has doubled

PLK and GDDKiA will cooperate more closely on investments

A petition for bankruptcy of Trakcja PRKiI was filed

Author PMR Construction Market Experts
Minister of Investment and Development, Jerzy Kwiecinski, at Wednesday’s press conference, said that in the coming days, a draft of amendments to the construction...
Read More