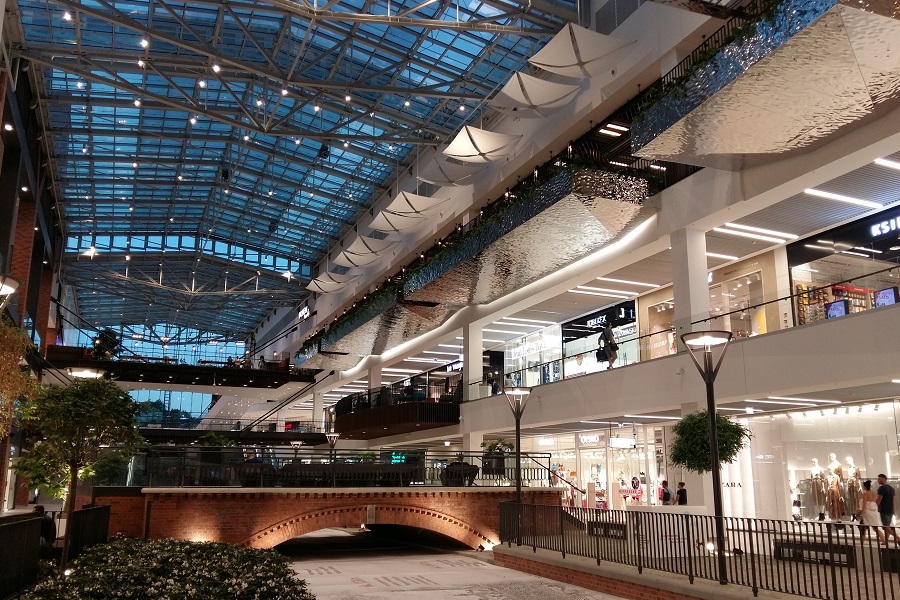 In 5 out of 8 cities analyzed by CBRE, the level of vacancies in retail facilities at the end of August increased compared to the end of 2019. The vacancy rate increased most in Szczecin, Upper Silesia and Poznań. The experts of CBRE indicate that the average vacancy rate, which has increased relatively slightly so far, may still go up. A lot of premises are still closed and lease agreements are being negotiated between owners and tenants. Both parties would benefit from restoring trade on Sunday, which, according to CBRE data, is expected by over half of Poles.

– The vacancy rate increases in retail facilities in major agglomerations range between 2.5 pp. and 0.8 pp. Taking into account the current situation related to the coronavirus epidemic, these are slight changes. However, it is worth remembering that the situation may change by the end of the year. Negotiations on the terms and conditions of lease agreements are still underway and it depends to a large extent on their results whether the vacancy rate will remain at such a low level as at present. So far we can say that retail parks and convenience centers are doing best. The impact of the epidemic was not so clearly visible in facilities of this type. Premises located on shopping streets also felt the effects of the pandemic, with the naked eye we can see more and more places waiting for new tenants, which may also be an opportunity for some brands to rent the premises that have been occupied so far. However, from the point of view of both landlords and tenants, an impulse to increase traffic in shopping centers, such as restoring trade on Sunday, would be useful – says Magdalena Frątczak, head of the retail sector at CBRE.

The CBRE analysis shows that the vacancy rate in retail facilities at the end of August this year increased the most in Szczecin (2.5 pp.), then in Upper Silesia (1.7 pp.) and Poznań (1.4 pp.). Warsaw and Wrocław also have more vacancies, but only by 0.8 pp. compared to the end of 2019. However, CBRE experts indicate that the data from the end of the vacation does not have to be maintained until the end of the year. Much depends on the outcome of negotiations between property owners and tenants – for both of them the coronavirus epidemic is a litmus paper in talks about contract terms.

It would also be important to restore trade on Sunday in order to maintain the industry’s good performance. According to the CBRE survey, in June this year already half of Poles were of the opinion that shopping centers should be open every day. Currently, this has several justifications. Firstly, for some, Sunday remains one of the few days when they can go shopping. Without this option, they choose online stores. Secondly, spreading the traffic over seven days instead of six allows them to better fit in with the guidelines related to avoiding crowds and keeping the distance between visitors to the mall.

Mall profits still lower than before the epidemic

The coronavirus epidemic has least affected shopping parks and convenience centers, here the effects of the epidemic are less visible. In other facilities it was not possible to return to the results achieved at the beginning of this year. According to CBRE analyses, turnover volumes in shopping centers significantly decreased in March and April this year as a result of the reduction of their activity. After the reopening, the average turnover in May amounted to 60-65% of the figures recorded in the corresponding month of the previous year and then increased to 75-80% in June. However, a further gradual increase in turnover is expected in the following months.