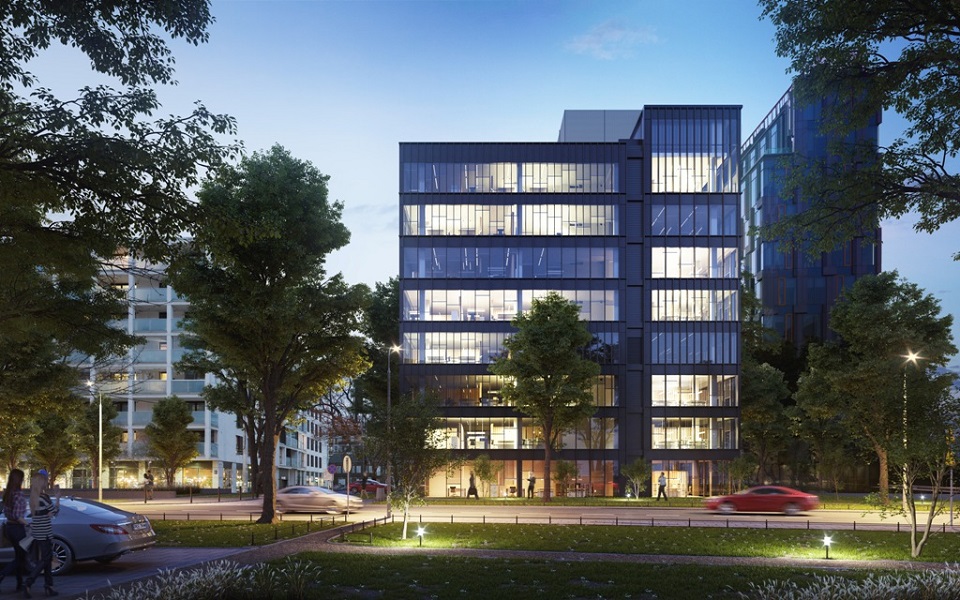 Warynski S.A. Grupa Holdingowa, which implements commercial and residential projects shanping the urban landscape of Warsaw’s area of Odolany, announced the construction of a third office building, after EQlibrium and EQ2, in this part of Wola district. The company is also planning further, spectacular projects

Warynski Group carries out investments in the commercial and residential segment in Warsaw and Gdańsk, in accordance with a precisely defined development strategy. In 2012,  after many years of gaining experience in production industries, the company finally closed this chapter of its activity. The company adopted a plan for the active use of the assets remaining in the Group, to ensure maximization of their efficiency. The main direction has become involvement in development projects and building competence in the area of active property management, and this goal is currently being implemented.

Warynski Group is currently conducting real estate projects located at Jana Kazimierza Street in Warsaw, under investment agreements with industry partners. These include Miasto Wola and Stacja Kazimierz residential estates with a total of over 91 000 m2 of space. Residential projects, which are implemented in stages, are to be completed in 2022-2023. One out of the 9 buildings in Miasto Wola investment and three out of the 8 buildings in Stacja Kazimierz remain to be commissioned.

In 2017, in the same area in Warsaw’s Wola, the Group successfully completed the independently implemented construction of EQlibrium office building with over 10 500 m2 of lease space. The office building has been commercialized in 100% long before it was commissioned, becoming a crown jewel of this part of the city.

Last year, Warynski Group began the construction of a building adjacent to EQlibrium called EQ2. A boutique eight-storey office building with almost 3 000 m2 to let, will become another gem of Odolany. The completion of the investment is scheduled for the beginning of 2021.

In 2019, the company also launched its first residential project in Gdansk – ATOL investment. A multi-family building, ideally suited to the local atmosphere was constructed between Zabi Kruk and Rzeznicka Streets in Gdansk Srodmiescie district, in close proximity to the Old Town. The building located at 1 Wilcza Street together with the neighboring buildings fills the frontage along the street, in accordance with the assumptions of the local development plan. The brick facade of the ATOL building, made to a high standard, corresponds with the style of the surroundings. The layouts of the apartments offer great arrangement possibilities, hence the project is very popular. The investment is to receive an occupancy permit later this year.

Despite the pandemic, the company sees the real estate market as a safe haven to invest. – This is supported by the lowest interest rates in history, which translates into a reduction in Warsaw Interbank Offered Rate, resulting in mortgage loans being offered on extremely favorable terms. On the other hand, banks have recently increased their requirements, including in terms of the down payment, which blocks the possibility of buying a flat for a large number of people – admits Bogdan Borkowski, President of the Management Board of Warynski S.A. Holding Group.

Apart from the implementation of several projects, Warynski Group is currently holding talks with its partners regarding future investments. – Due to the confident nature of negotiations, we cannot reveal the details yet. Nevertheless, if the negotiations are successful and the business arrangements are completed, we will take part in a spectacular and very prestigious projects in the upcoming years – says Bogdan Borkowski.

The Goup is also currently involved in designing the third office building to be built in Warsaw’s Odolany. – Achieving urban balance and harmony in this area requires long-term planning aimed at removing the status of just another residential area in Warsaw. That is why we intend to make a change in the residential development of Stacja Kazimierz estate and build an office and retail building within it – informs Bogdan Borkowski. The investment is to start at the turn of 2021 and 2022.

Warynski Group also operates in the area of corporate social responsibility. The company tries to support various causes, not only related to the broadly understood construction industry, with which it has been associated for years. The company regularly takes part in social campaigns. Recently, it has made, among others, a donation of equipment needed to fight the pandemic. A great advantage of the company is its unanimity with employees when it comes to CSR issues. The company’s employees actively participate in the undertakings, often also initiating them.

2020: trends on the Warsaw housing market