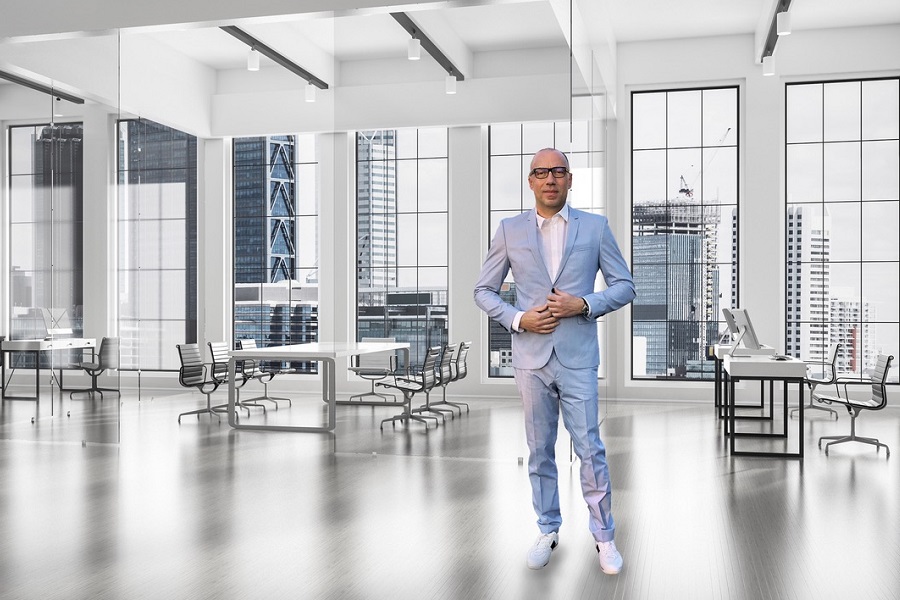 When Forbes published the article “A plan for 10,000 flats per year” in March, which spoke of the new challenges of the President of Heritage Real Estate Investments, Michał Sapot, it was a buzz in the industry. The visionary behind Murapol’s success, like Elon Musk for SpaceX, spurred the leaders of residential construction into discussion. Many decision-makers believed that 10,000 flats per year is an unattainable assumption. However, the future direction of development and the concept of its implementation may significantly revolutionise the construction market and not only in Poland.

For many years we have been observing a nationwide boom in the residential construction sector. Last year, over 207 thousand flats were commissioned, which is 12% more than the year before. This is a record since 1978, when as many as 283 thousand of them were built during Gierek’s lifetime, and a great role was then played by prefabricated reinforced concrete construction based on the so-called “big slab” technology. However, the authorities of that time did not manage to fully adjust the production capacity to the prevailing baby boom, even though by 1975 65 house factories were built and about 1 million flats were built. For example, while working on a project to introduce an innovative product to our market, i.e. composite rods, which are waterproof (corrosion), lighter and more durable than steel, and at the same time much cheaper, I watched the introduction path for this valued and popular product in many countries, which was an expensive and long-standing road through bureaucracy. That is why it makes particular sense for HRE Investments to purchase last year the Bydgoszcz-based company Baumat, an experienced manufacturer of prefabricated elements, which has been operating for over 30 years, even in Scandinavia.  Currently, HRE’s portfolio includes two investments with 450 units based on modern prefabricated elements. This is a good trailer.

Modern prefabricates are energy-saving, i.e. they are environmentally friendly, fully recyclable, which is a significant CSR asset, and using them can also ensure high quality of the units under construction. Patenting our own technology would allow, for example, “Lego”, “Coca-Cola” or the development of “Komandor” to create a unique product / brand and distinguish it from others. The feature is valuable in terms of sales, also for attracting potential investors for further development.  With the domestic demand for flats from the primary market of about 3 million, this has a huge future. The Ministry of Development is currently working on increasing the availability of flats, and this includes subsidies for the first flat. Low interest rates have caused investors to relocate their savings on the property market.  Prefabricated products can also be sold to other entities and not only in the country, they have a wide range of applications, they can also be used for such investments as service and commercial centres, commercial investments/ logistics, sports and recreation facilities, hotels, single-family houses, science and education facilities, public administration buildings and production plants. Therefore, the question seems justified: when will prefabricated elements revolutionise our construction?

What is important is that the operating cycle indicator for residential developers ranges from 36 to even 60 m/c. It shows how quickly a developer will recover the money he invested. It shows how long the project takes, from freezing the cash in the land, through obtaining a permit, construction, to recovering the cash on sale. And this is quite an important indicator which allows us to compare how these processes are going on in developers. The sooner the money comes back to the company, the sooner it will be able to reinvest it, achieving a higher return on capital. An important profitability indicator for developers is also the gross margin on sales, i.e. how much the developer will earn before taking into account general management and sales costs. This shows how well the company is able to organise its construction – buy land cheaply, find a good contractor and finally sell the project to customers. Currently, it averages about 19-20%.

It is also worth considering enlarging the portfolio with other products showing exceptional ecological achievements. I will mention here, for example, the startup, which is preparing to expand abroad, and concerns waste made of fully ecological building insulation. The company holds patents and already shows positive EBITDA after several investment rounds. Another interesting prospect is the inclusion of a wide application of technologies that reduce energy costs depending on the project, such as cogeneration or photovoltaics.  Pro-environmental solutions and certification in the BREEAM system, according to the guidelines of the most recognized environmental certificates, such as LEED and WELL, are becoming the benchmark for eco-developers – e.g. Skanska Residential Development Poland’s corporate goal is to reduce carbon dioxide emissions by 50% by 2030 and achieve zero net emissions by 2045.

In the future, open, green, encouraging social interaction, city-generating and multifunctional projects such as the options presented by Echo Investment will become increasingly important. Developers have begun to take care of aesthetic and functional communal space, and buyers are increasingly paying attention not only to the factors and parameters that characterise the premises themselves, but also to the design of the estate and the facilities that the whole investment still offers. This is also due to generational changes and the idea of sustainable development of the real estate market – with particular emphasis on social aspects. Heritage Real Estate is a reminder of a non-standard, creative approach to business and its future development. It is like a sector of our “national pride”, because the leaders of the gaming sector, with which we have worked for many years, are today more creators and artists with the knowledge of craftsmen than programmers of IT games. When the current situation forces organizations to speed up their evolution, innovation, digital transformation and major changes in business models (ROI), HRE Investments seems not only to be on time, but a step forward.

It is an organisation open to the various needs and expectations of its clients – from its assets providing a wide range of choices from the most profitable and safest forms of investment, financing support as a platform connecting development companies from all over Poland and Europe with investment funds, through unconventional CSR concepts, to HRE Think Tank built on an unconventional approach of experts comprehensively supporting the process of planning, execution and sale of development investments, whose mission is to propose constructive changes and start a dialogue on the directions of changes in Polish law. Eco-technological development is the key to success, but it must be flexible, which must be kept in mind during the legislative process.  Forecasting, analytics, consulting, experience, flexibility and readiness to act in several options have become key to development. And the uncertain direction of the economy’s development is being imposed by the obligation to plan many different strategies and how each of them – from a significant recovery to declines – will reach all aspects of activity. HRE Investments seems to be a modern organisation, which in the near future may be promoted to a leading position with great development potential also on foreign markets.